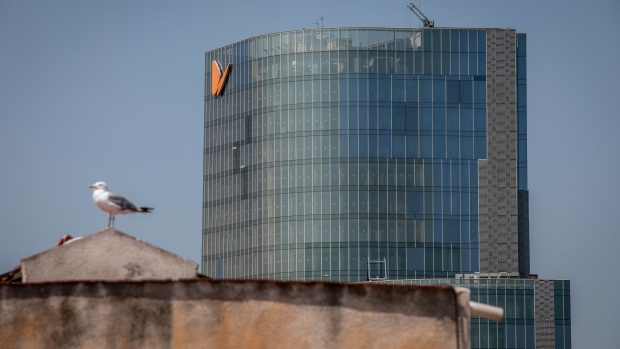 A Naturgy Energy Group SA office building in the Barceloneta neighborhood of Barcelona, Spain, on Thursday, July 29, 2021. Scorching heat is boosting electricity prices across Europe, adding to a long list of factors that have sent power costs surging this summer. , Bloomberg

“From a purely financial point of view and in the current circumstances, the price of the offer is reasonable,” the company said in a regulatory filing Friday.

IFM initially offered 23 euros a share for a nearly 23% stake stake in Naturgy in an unsolicited bid in January. It later adjusted the price to 22.07 euros to take into account dividends paid in the interim. Naturgy’s directors who hold the company’s stock don’t intend to tender their shares, it said.

The government in August approved IFM’s bid, but attached conditions including commitments to keep the utility’s headquarters and a large part of its staff in Spain. The state also wants a prudent policy on dividends to allow investments in environmental goals. Naturgy plans to boost spending in renewable energy and is targeting net-zero emissions by 2050.

A successful bid will give IFM a similar-sized stake to that of existing shareholders Global Infrastructure Partners and CVC Capital Partners-backed Rioja, which have said they won’t sell their stock. A potential alliance of those three international investors could pit them against Criteria Caixa, the Spanish holding company that owns more than a quarter of Naturgy.

Criteria has gradually increased its stake, saying it wants to ensure Spain’s energy security. It has said its holding won’t exceed 30%, a threshold that would force it to make a full takeover bid under Spanish law. IFM’s offer period began on Sept. 9 and runs through Oct. 8.

In Friday’s statement, Naturgy also said that its board is analyzing the economic and financial impact of Spanish government measures -- including a windfall tax on utilities -- announced this week to ease the impact of surging energy prices on consumers.