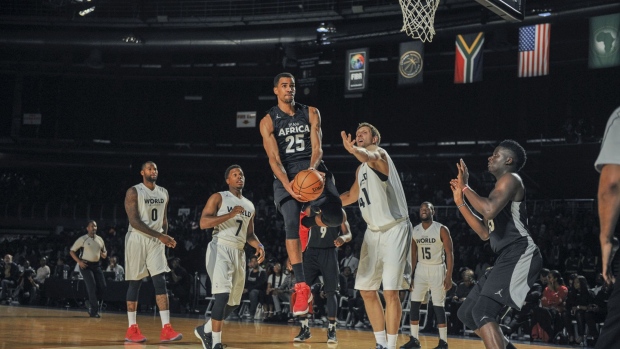 The National Basketball Association Inc. is expanding in Africa through a deal that values its operations on the continent at US$1 billion.

Private equity firm Helios Fairfax Partners Corp. invested in the new African entity alongside Tunde Folawiyo, chairman of Yinka Folawiyo Group, the NBA said in a statement on Monday. Former NBA players Dikembe Mutombo, Junior Bridgeman, Luol Deng, Grant Hill and Joakim Noah also invested. Altogether, the investors have acquired an eight per cent stake, a person familiar with the deal said, asking not to be identified because the details are private.

The NBA will spend the cash building infrastructure such as offices, courts and stadiums and work to boost local interaction with fans and talented players, NBA Commissioner Adam Silver said on a call. The NBA may ultimately play some regular-season games in Africa, he said. The Basketball League Africa, the NBA’s first collaboration on a league outside of North America, is currently playing its inaugural season.

“There is enormous optimism to bring and generate content directly to-and-from the people, and the expectation is that the explosion of smartphones on the continent is a true game changer,” said Silver. “As we continue to see more of these state-of-the-art arenas come online, it will open up opportunities for us to play games, pre-season or regular-season games, in Africa.”

The league’s African operations are currently based in Johannesburg, and it has offices in Senegal. The NBA drafted nine Nigerian players in 2020, the largest number from Africa to date, and expects even more could come from the continent with training for young players, referees and coaches.