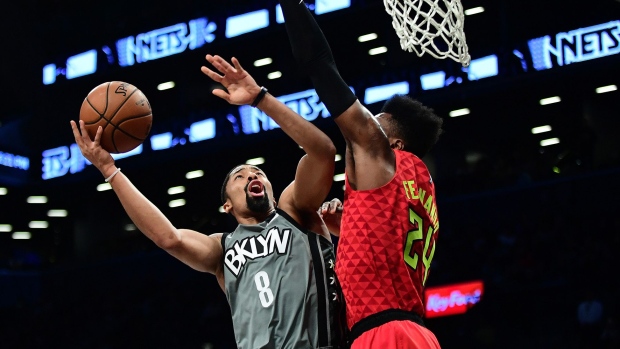 The National Basketball Association is reviewing a revised plan by the Brooklyn Nets’ Spencer Dinwiddie to sell a tokenized investment vehicle based on his future earnings.

“Spencer Dinwiddie’s advisers provided us with new information regarding a modified version of their digital token idea, which we are reviewing to determine whether the updated idea is permissible under league rules,” the NBA said in a statement.

The 26-year-old point guard has been talking for months about creating the “Spencer Dinwiddie Bond,” a modern twist on the bonds sold by David Bowie decades ago. But the effort has faced obstacles. Dinwiddie said the NBA threatened to throw him out of the league for doing some “fun stuff with his contract.”

The athlete said on Twitter last week that the bond would be launching Monday. He also made a plug for fans to vote him into the All-Star Game.

“January 13th not only marks the release of the bond, but also one last week of All-Star voting,” he said. “If I’m voted into the All-Star game, and my bond is fulfilled, I’m going to be giving all of my teammates Bitcoin.”