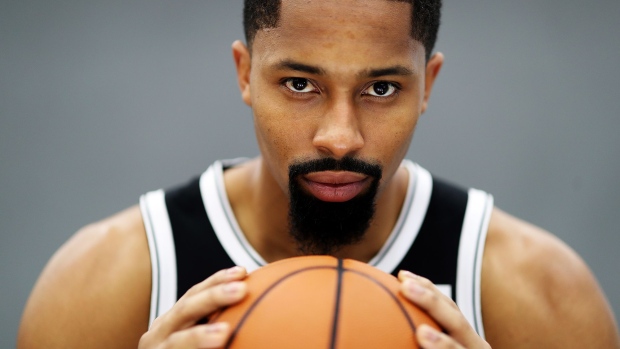 Some of the NBA’s biggest stars are getting the ball rolling on a new blockchain venture.

The Brooklyn Nets’ Spencer Dinwiddie and Garrett Temple, the Miami Heat’s Andre Iguodala, the Los Angeles Lakers’ JaVale McGee and the Orlando Magic’s Aaron Gordon are among the backers of a Dapper Labs blockchain project that looks to make the building of consumer products based on the technology easier.

Dapper, the Vancouver-based firm behind the CryptoKitties phenomenon, said it raised US$12 million in its latest financing round, which will be used to scale Flow, as the project’s known, with additional backing from Coinbase Ventures and Distributed Global, among others.

Flow, which was announced last year, was built to enable various projects, including the creation of platforms for sports fans to trade digital memorabilia. Its existing investors include Samsung NEXT and Andreessen Horowitz. Individual terms weren’t disclosed.

Dapper Labs plans to use the new proceeds to work on additional projects, including previously-announced partnerships with Warner Music Group, Dr. Seuss Enterprises and UFC, according to Roham Gharegozlou, the company’s co-founder and chief executive officer.

“We’ve all seen the waves of crypto come and go and the fact that we’re for the first time building a crypto network that’s more designed for usage rather than for speculation -- and the first thing that you can use on top of it is an NBA product, that just made it an absolutely perfect fit,” said Gharegozlou. “It’s tremendously exciting.”

Dapper’s earlier successes include CryptoKitties, an app in which players buy cartoon kittens and breed them with other cats. The firm is also working on NBA Top Shot, a blockchain-based collectibles app that is still in a testing phase.

“We just realized for this technology to go mainstream, we need to work with the world’s best partners and then build products that everyone’s going to be able to understand and engage with,” said Gharegozlou. “Very few people outside of crypto really have seen the benefits of crypto other than that cryptocurrencies are doing well,” he said, adding that “lots of interesting things are happening under the hood.”

Blockchain -- the technology used for verifying and recording transactions that’s at the heart of digital currencies -- is sometimes seen as having the potential to transform everything from everyday transactions to the global financial system. Though some prominent investors and analysts pronounced it dead last year after a number of early adapters pivoted toward new business models, others laud its potential staying power.

And a number of athletes and celebrities have blockchain projects underway -- Dinwiddie, for one, is no rookie when it comes to the technology. The Brooklyn Nets guard proposed last year to sell a tokenized investment vehicle based on his future earnings, saying he envisioned a world in which stars could have their own tokens with perks attached to them.