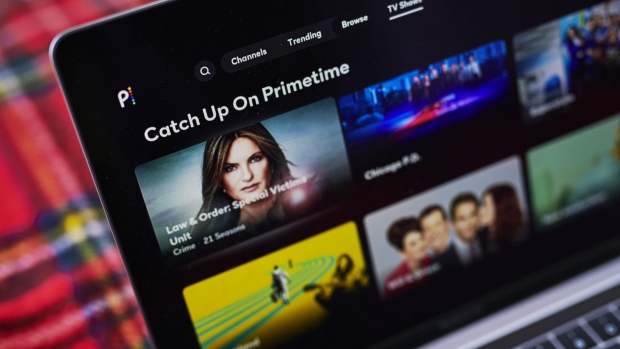 The NBCUniversal Inc. Peacock streaming service is displayed on a laptop computer in an arranged photograph taken in the Brooklyn Borough of New York, U.S., on Monday, April 20, 2020. When the coronavirus quickly spread around the world, NBC had a big decision to make. Move forward with the April launch of Peacock, its new streaming service? Or postpone? Photographer: Gabby Jones/Bloomberg , Bloomberg

(Bloomberg) -- NBCUniversal’s Peacock has signed up more than 15 million users, showing that consumers are willing to accept commercials on a streaming service that’s free.

Peacock has increased its total by 50% since the end of July, when it had 10 million sign-ups.

NBC seeks to have Peacock reach 30 million to 35 million active users by 2024. The service is free and supported by advertising, setting it apart from paid streaming services like Walt Disney Co.’s Disney+ and AT&T Inc.’s HBO Max. Peacock made its debut to Comcast subscribers in April and expanded nationwide on July 15.

Comcast has promoted Peacock to internet-only customers who use its Flex product, a Roku-like device that aggregates streaming apps. On Flex, Peacock is the second-most-watched app behind Netflix, Roberts said.