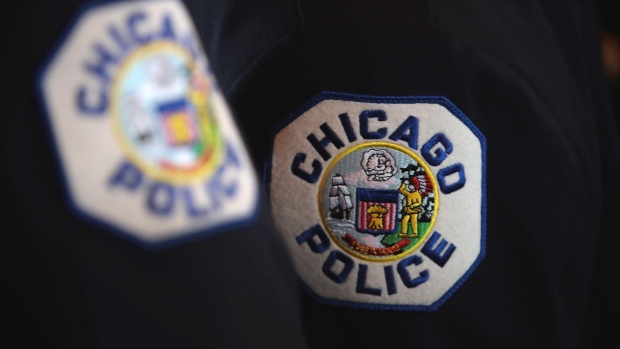 (Bloomberg) -- Nearly one-third of Chicago Police Department employees have not reported their Covid-19 vaccination status to the city, defying Friday’s deadline to provide the information or risk unpaid leave.

About 64% of the department’s 12,770 employees have reported their vaccine status, according to data released by city officials on Monday. The figures show that 6,894 say they’re fully vaccinated and 1,333 report they are not, according to the data. That’s the lowest reporting rate among the city’s departments. About 4,500 from the department have not responded as mandated by the city amid a standoff between Mayor Lori Lightfoot and Fraternal Order of Police Chicago Lodge #7 President John Catanzara Jr.

Chicago’s clash with some employees is one of several legal fights around the U.S. over vaccine mandates, from public sector employees to health care workers. Workplace requirements have largely survived a first wave of legal challenges. Lightfoot has argued that the city’s reporting policy and getting the shots are about saving lives, noting the efficacy Covid-19 vaccines have shown in preventing hospitalizations and deaths.

Chicago officials set Oct. 15 as the deadline for all its employees to report their vaccination status, but Catanzara had urged his union’s members not to provide the information. The city last week asked a Cook County circuit court to stop Catanzara from urging officers to defy the mandate, and the lodge and its president responded with a motion to dismiss. The judge, however, sided with the city, which is in Cook County, by granting a temporary restraining order.

Chicago has said those who don’t comply could be placed on unpaid leave, but first off, it will try to get them to comply with the mandate. The pushback from the police union comes even after the city extended its vaccination deadline to Dec. 15, and said it’s allowing testing as an option for those who have not received a jab. Testing is at employee’s own expense.