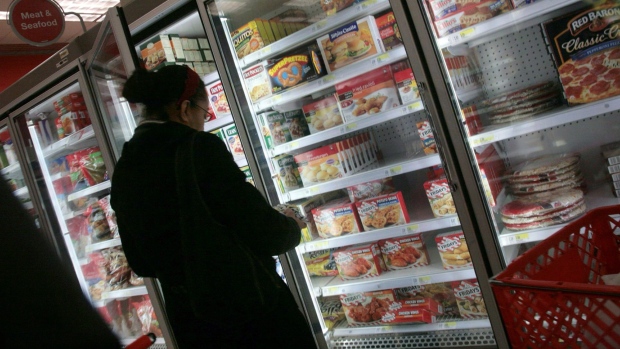 TORONTO -- A new study suggests nearly one-quarter of Canadians are worried about how to pay for groceries, with more than 50 per cent shifting their shopping habits amid fluctuating food prices.

The findings were called surprising by lead researcher Sylvain Charlebois, dean of the faculty of management at Dalhousie University in Halifax.

The analysis surveyed more than 1,000 adults in Canada online between Oct. 8 and Oct. 31 to determine if price swings prompted shoppers to rethink how they choose pantry staples.

Charlebois said it's significant that 24.3 per cent of the respondents were concerned about food security for their families.

Notably, lower-earning, less-educated women were likely to worry more over the past year, the survey found. Households with dependants were also more likely to feel less food secure than a year ago.

"Vulnerability will have an impact on behaviour," said Charlebois.

He said it's been a unique year for food prices, in which food inflation rates started above normal before entering into a period of deflation. In September, for example, the fresh vegetable index -- a selection of produce that Statistics Canada tracks the price of monthly -- was down year-over-year for the first time since January 2013.

Charlebois, who is currently working on the annual food price report in conjunction with the University of Guelph's Food Institute, said meat and produce have seen large shifts in price, while dairy has seen more fluctuation than usual as well.

His survey found that more than 53 per cent of respondents said they had changed the way they shopped for groceries over the past 12 months because of fluctuations in the price of food.

More than half of respondents also said they've looked for deals on groceries (59.5 per cent), stocked up on sale items (56.9 per cent) and planned their purchases before going into the store (50.9 per cent) as a result of increasing food prices. About 41 per cent said they were finding alternatives to foods they would typically buy that were suddenly too expensive.

A different survey Charlebois and other researchers conducted earlier this year found some Canadians were substituting frozen produce and juice for expensive fruit and vegetables.