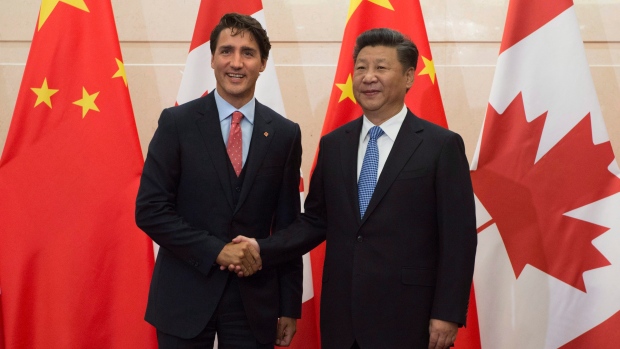 A majority of Canadians believe trade shouldn’t be the biggest consideration when assessing the country’s relationship with China, according to a new Angus Reid Institute poll.

The results, released Friday, reveal 62 per cent of respondents said China’s record on human rights and the rule of law should be more important to Canada than trade investment and opportunities which accounted for 38 per cent of people polled.

The findings come amid mounting tensions between the two countries over the arrest of Huawei Technologies Co. CFO Meng Wanzhou in December, which have put the possibility of a Canada-China free trade deal at risk.

China is Canada’s third-largest trading partner, followed by the U.S. and European Union.  Total trade between the two countries was worth nearly $70 billion in 2017, according to Statistics Canada.

Overall, respondents were fairly split on the impact of the Canada-China trade relationship on the Canadian economy as a whole, with 35 per cent saying it has a positive impact and 33 per cent said it has a negative impact.