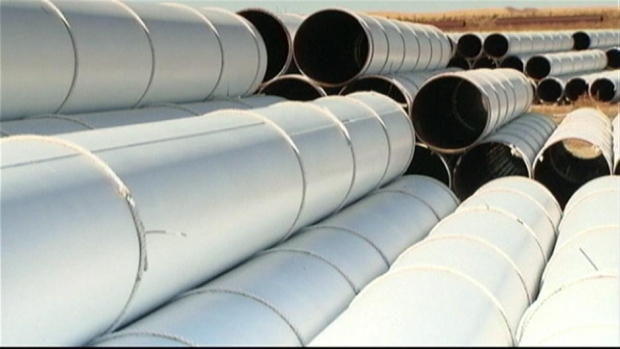 VANCOUVER -- A Federal Court of Appeal judge has ruled the National Energy Board must reconsider whether a proposed TransCanada Corp. (TRP.TO) natural gas pipeline in B.C. falls under provincial or federal jurisdiction.

"The board did not ask itself whether an arguable case for federal jurisdiction had been made out," wrote judge Donald J. Rennie in his judgement Wednesday in response to a proceeding launched by Michael Sawyer, who received funding support from the SkeenaWild Conservation Trust.

The province has already green lighted the pipeline project, but it is waiting to receive a final commitment from Pacific NorthWest LNG, which will build an operate the Lelu Island facility, before starting construction.

Pacific NorthWest, whose majority owner is Malaysia-based Petronas, says on its website that it is conducting an internal review of the project and will then table it to the project's shareholders for a final investment decision.

Prior to the legal proceedings, Sawyer had filed an application to the NEB for the board to hold a hearing to determine what jurisdiction the pipeline project falls under. He argued that while it is located in the province, it will move gas destined to be exported.

The NEB rejected his application, but now must reconsider it due to Rennie's ruling.

"The board is reviewing the court decision and will consider next steps after doing so," said NEB spokesman James Stevenson in an email.

TransCanada has 60 days to apply for leave to appeal. Neither TransCanada nor the law firm representing the company immediately responded to a request for comment.