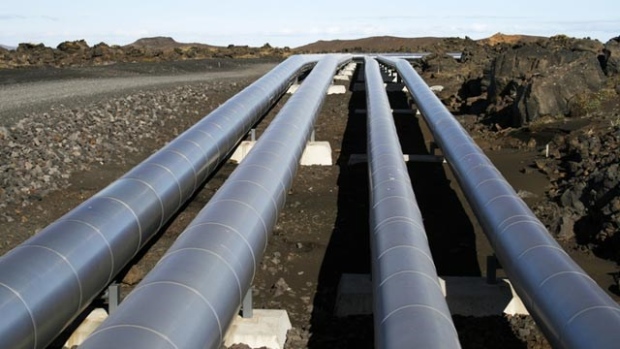 CALGARY -- The National Energy Board says its review of the Energy East Pipeline cost at least $685,000 before members of the panel presiding over hearings into the development resigned, putting the exercise into limbo.

Ninety per cent of the federal regulator's budget comes from the pipeline and energy companies it regulates, with the rest coming from public coffers.

The figure includes costs from meetings with communities before the hearings began last month, the gathering of oral evidence from aboriginal interveners last year and some expenses from the hearings in Saint John, N.B., and Montreal, NEB spokeswoman Sarah Kiley said.

"Some of the costs from New Brunswick and Montreal may not be included if we have not yet received invoices for certain services," Kiley said, adding that the figure does not include staff salaries.

Kiley said it cost the NEB a total of about $1.83 million to review the Trans Mountain Pipeline expansion project, a process that concluded in May with a conditional recommendation that the line from Edmonton to Burnaby, B.C., be approved.

She didn't have a budget estimate for the NEB's review of Energy East but said it was expected to cost more because the pipeline is longer and crosses through more provinces than the Trans Mountain expansion.

The NEB's review of Energy East broke down earlier this month after hearings in Montreal were disrupted by protests. The three panellists later recused themselves after complaints that two of them met last year with former Quebec premier Jean Charest, a consultant at the time for Energy East proponent TransCanada, to discuss the pipeline.

Natural Resources Minister Jim Carr has said new panellists will be appointed as soon as possible but the review period could be delayed, as could the NEB's goal of having a decision on Energy East by March 18, 2018.

The new panel is to decide how the review will proceed and whether evidence will need to be heard again.

In a letter filed with the NEB on Thursday, a lawyer for Ecojustice said all of the work done on the pipeline project is tarnished and therefore, the review should start from scratch.

"Any future proceeding must begin again from the proponents submitting the project applications afresh," says the letter from Dyna Tuytel.

The 4,500-kilometre pipeline proposed by Calgary-based TransCanada (TSX:TRP) is designed to carry 1.1 million barrels of oil per day from Alberta to New Brunswick. About two thirds is already in place as a natural gas pipeline.