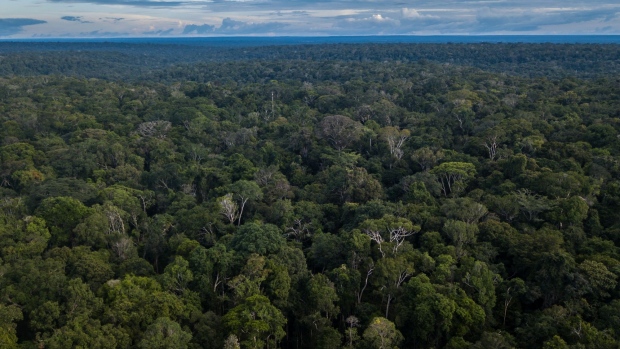 Nations are edging toward a deal that could create a global carbon market when they meet in Scotland for COP26 climate talks in about a week, after Brazil signaled it’s willing to compromise.

Brazil softened its stance on Article 6 of the Paris Agreement, which aims to create a framework for countries and companies to meet their climate goals by trading carbon credits, according to people familiar with the issue, who asked not to be identified because the talks are private. The South American nation has a lot of leverage because the Amazon rainforest — one of the biggest carbon sinks in the world — would generate a large amount of credits in any global offsets market overseen by the United Nations.

Brazil’s willingness to be more flexible is a change after its reluctance to compromise with the European Union at the 2019 Madrid talks led to a deadlock in the negotiations. The new tone comes as businesses have put pressure on President Jair Bolsonaro to resolve the Article 6 debate. Around 100 chief executive officers of large companies recently signed a letter urging him to clarify Brazil’s stance on major issues to be discussed at COP26.

A final decision will only be reached in Glasgow and many hours of negotiations lie ahead. Striking a deal on the rules for a carbon market would be a major win for the summit, given that it looks increasingly unlikely the U.K. hosts will get the global commitment on phasing out coal they seek and some developing nations have been reluctant to raise their emissions-reduction targets without more financial support from rich countries.

“In all conversations with other delegations, we have clearly signaled that we are more flexible to make the agreement viable,” Leonardo Cleaver de Athayde, Brazil’s chief negotiator at COP26, said in an interview published in the Valor Economico newspaper on Oct. 21.

The Glasgow gathering has been billed as a make-or-break summit to curb global warming, with the U.K. pushing hard for world leaders to raise their climate ambitions. COP26 President Alok Sharma has called on countries to keep alive the prospects of containing the global rise in temperatures to 1.5 degrees Celsius from pre-industrial levels. An agreement on Article 6 would help countries achieve that goal.

One of the main sticking points is whether to allow the use of credits generated under the 1997 Kyoto Protocol. Brazil was one the top countries for emissions-reduction projects under the defunct Clean Development Mechanism (CDM), and has in the past argued that all those credits should be allowed to make up for pollution cuts after 2020. But Brazil is now willing to find a compromise, said the people.

Options on the table include allowing countries to use some credits created under the CDM to meet their earliest climate pledges, called Nationally Determined Contributions. Setting a cutoff date and limits on volumes of such credits could also be part of a potential solution, according to a UN document circulated among negotiators earlier this week. The paper was written by the chair of the Subsidiary Body for Scientific and Technological Advice, and outlines possibles scenarios for a deal on Article 6.

Another stumbling block has been disputes over potential double counting. In 2019, the EU said Brazil’s plan would allow emissions savings to be counted twice. Brazil has long denied this, though it’s now more willing to accept a middle-ground solution, the people said.

That could include accepting the concept of double counting only for actions clearly stated in a country’s NDC, or providing more time for countries to adapt by creating a period in which they would be exempt from such accounting rules, according to the SBSTA report. Proposed dates being considered include 2025 and 2030, according to the report dated Oct. 18.

Still, it’s likely that the EU will want more concessions. The bloc has repeatedly said that any agreement on Article 6 would have to guarantee its environmental integrity, and stressed that a bad deal would be worse than having no deal at all.