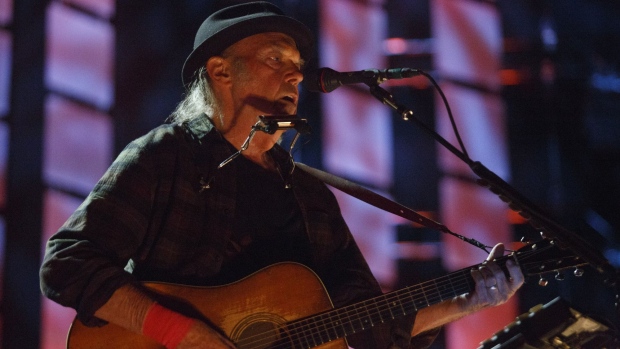 (Bloomberg) -- Rocker Neil Young says he passed the U.S. citizenship test, but he’s not legal yet.

“I have been told that I must do another test, due to my use of marijuana and how some people who smoke it have exhibited a problem,” the Canada native wrote on his website.

Young cited an April U.S. policy alert that says, “An applicant who is involved in certain marijuana related activities may lack GMC [good moral character] if found to have violated federal law, even if such activity is not unlawful under applicable state or foreign laws.”

Young continued, “I sincerely hope I have exhibited good moral character and will be able to vote my conscience on Donald J. Trump and his fellow American candidates, (as yet un-named).”

Ever since Trump first started using the singer’s 1989 classic “Rockin’ in the Free World” at campaign events, Young has criticized him, even though the president has the right to do so, Rolling Stone reported.

Young told the Los Angeles Times last month, “I’ll be taking the oath of citizenship” shortly after turning 74 on Nov. 12. He’s lived roughly two-thirds of his life in the U.S. since arriving in Los Angeles in the mid-1960s and making his mark with the band Buffalo Springfield, the Times said. He lost his home in the Woolsey Fire that tore through Malibu and destroyed 1,600 structures last year.

To contact the editors responsible for this story: James Ludden at jludden@bloomberg.net, Kevin Miller, Steve Geimann