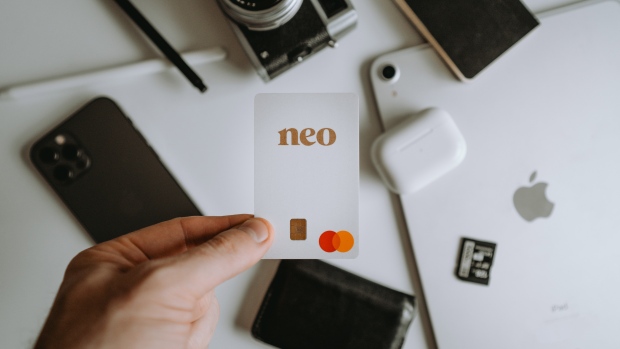 A financial technology enterprise attempting to give Canada’s biggest banks a run for their money has announced its latest round of capital investment.

Neo Financial Technologies Inc., a “disruptive online bank” that operates without any physical locations or branches for customers to visit, closed a second fundraising series of $64 million Wednesday.

That brings overall capital raised — just over a year since Neo’s launch — to $114 million, with most proceeds headed to what has quickly established the company as a competitor in the banking sector: exclusive retail partnerships.

Beyond that, a source familiar with the matter said Neo Financial might put some of the funds toward an expansion into mortgages, a territory dominated by traditional banks. The internal strategy was reported earlier by The Logic on Monday.

In a phone interview ahead of Wednesday’s announcement, co-founder and Chief Executive Andrew Chau explained how the Series B funding will bring his business vision to the next level.

“What we’re doing at Neo is revamping and reimagining the very foundation of Canadian banking. Investments like this validate that really difficult mission of ours exponentially,” he said.

“We’ve been able to go above and beyond what we expected in this round of capital raises," said Chau. "And we’re going to put it right to what is core and central for us: disrupting the old-school hold of Canadian banks.”

Chau and his team are also the brains behind SkipTheDishes, a food delivery service that’s become a household name over the years, particularly during the pandemic.

In 2020, Neo launched its no-fee Mastercard and high-interest savings account that use an algorithm based on the user’s spending patterns.

Since then, the Calgary- and Winnipeg-based firm has been on a deal-signing spree — forging relationships with retailers and merchants across the country for cashback deals. That includes over 4,000 outlets including Sephora, Amazon, Netflix, Second Cup and Spotify.

“Those are partnerships and offerings we haven’t seen in this field over the 30 or so years that I’ve observed it,” said Sue Britton, the founder of leading advisory firm FinTech Growth Syndicate, in a phone interview. “I’m really quite impressed.”

However, Peter Forsyth, a professor emeritus at the University of Waterloo, who’s researched and written papers about fintech extensively, said Neo doesn’t seem to be more than “a very basic retail bank.”

“There is much scope for innovative products for retail clients… such as investing and decumulation of retirement savings,” Forsyth wrote in an emailed statement. “I don’t see that happening here.”

Britton disagrees. She said Neo’s credibility is evident in several ways, including the recent trust of the Hudson’s Bay Company, which selected Neo to offer store-branded credit cards earlier this year after long-time partner Capital One Financial withdrew from the partnership.

“That’s basically them tapping into the largest and perhaps most extensive loyalty programs in the country,” said Britton of the 7.5 million active members and two million HBC credit-card holders.

Details about Neo’s potential mortgage venture are scarce for now, however.

"Our aspiration is to help Canadians across their entire financial lives — whether they are looking to buy a home, get a car, or invest for the future," said a Neo spokesperson.

Britton is excited to see Neo considering a move into mortgages and the broader lending space.

“If and when it happens, it’ll be a game-changer,” said Britton. "That's for sure."