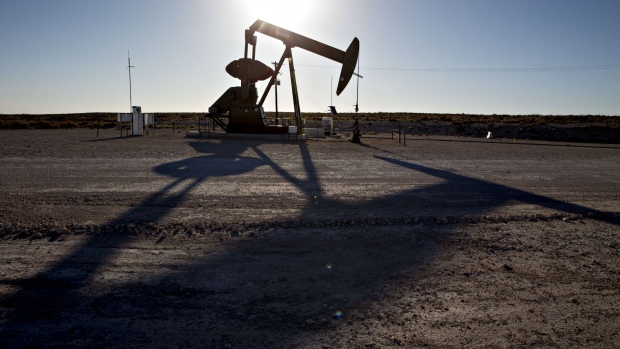 A pumpjack operates on an oil well in the Permian Basin near Orla, Texas, U.S., on Friday, March 2, 2018. , Daniel Acker/Bloomberg

(Bloomberg) -- Neptune Energy Group Ltd., the oil and gas explorer backed by Carlyle Group Inc. and CVC Capital Partners, is working with financial adviser Rothschild & Co. to explore potential options including an initial public offering, according to people familiar with the matter.

The company, formed in 2015, could be valued at more than $5 billion in a listing, the people said, asking not to be identified as the matter is private. It’s also studying alternative strategic options such as merging with another exploration firm, but no final decisions have been made and deliberations are at an early stage, they said.

An IPO would be one of the largest listings of a pure-play oil and gas explorer and producer in several years. While investor appetite for such offerings has revived in 2021, energy firms in Europe are yet to raise significant capital from them. Wintershall Dea GmbH -- BASF SE’s oil and gas venture with billionaire Mikhail Fridman -- has said it plans to list, while another IPO candidate, Chrysaor Holdings Ltd., agreed to merge with Premier Oil Plc last year.

Neptune was founded by former Centrica Plc boss Sam Laidlaw with backing from the private equity firms and sovereign wealth fund China Investment Corp. It has grown mostly through acquisitions, snapping up a swath of fields when it bought the exploration and production arm of Engie SA in 2017. It also purchased a 20% stake in the East Sepinggan area off Indonesia from Eni SpA. The company said previously that it expected to list in 2020 or 2021.

Neptune is focused on the North Sea, North Africa and Southeast Asia. The company posted first-quarter underlying operating profit of $171.9 million, up 11% from a year earlier. It pumped 125,000 barrels of oil equivalent a day in the period, a figure it sees rising by about 30,000 barrels a day in 2021 following acquisitions in Germany and the U.K. and the expected startup of its Duva field in Norway later this year.