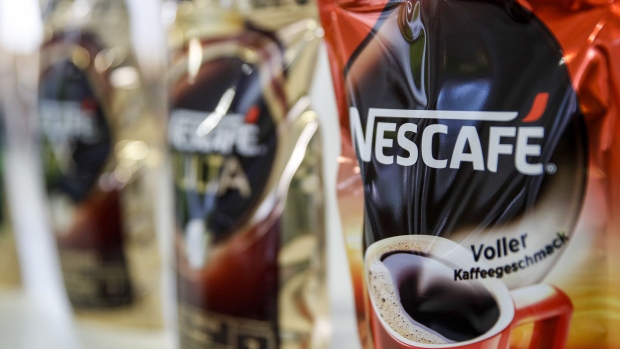 A bag of Nescafe instant coffee at Nestle SA's Nescafe plant in Orbe, Switzerland, on Thursday, May 20, 2021. Nestle SA sales grew at more than twice the rate analysts expected as the Swiss food giant sold more Nespresso capsules to people working from home and restaurants in Asia stocked up as they started reopening. Photographer: Stefan Wermuth/Bloomberg , Bloomberg

Nestle SA will invest 7 billion Saudi Riyals ($1.86 billion) in Saudi Arabia in the coming 10 years, starting with a plant to make infant products and ready-to-drink coffee, as the kingdom looks to attract more foreign investments to diversify its oil-dependent economy.

The plant, set to open in 2025 with an initial investment of 375 million riyals, will serve Saudi Arabia and export markets in the Middle East and North Africa, the Swiss food giant said in a statement. The investments over the next decade are expected to create 3,500 direct and indirect jobs.

“Nestle’s investments will contribute to food security and the development of local businesses, fuel local innovation, and create jobs for youth and professionals,” Khalid Al-Falih, Saudi Arabia’s Minister of Investment in Saudi Arabia, said in the statement.

Saudi Arabia has set a target of attracting around $100 billion a year of foreign direct investment by 2030 as it looks to diversify its economy. Yet most of the foreign investments in the country has been into the oil industry.

Of the nearly $20 billion of FDI last year, about $12 billion was related to an oil pipleines deal by state-owned oil producer Saudi Aramco.