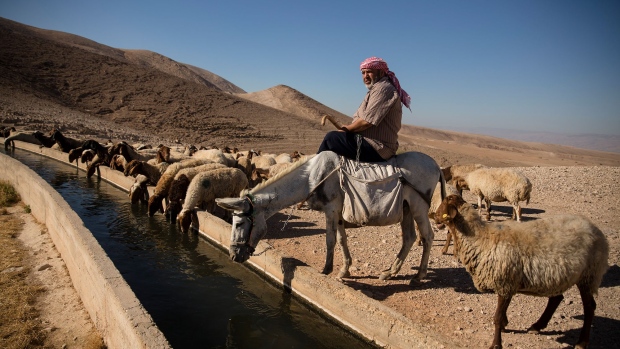 The date set by Israeli Prime Minister Benjamin Netanyahu for taking the first steps toward annexing West Bank land arrived with no sign of how he intends to proceed with the contentious pledge.

Israel’s coalition agreement authorized Netanyahu to start taking action on July 1 to extend sovereignty over territory the Palestinians claim for a future state. Yet pushback within his government and reports of divided opinions in the Trump administration have created obstacles.

Foreign Minister Gabi Ashkenazi estimated in an interview Wednesday with Army Radio that there wouldn’t be any movement on the target start date. The prime minister, who discussed annexation this week with U.S. officials in Jerusalem, hasn’t signaled how much land he seeks to claim.

A unilateral Israeli step would throw over decades of negotiations that sought to resolve the fate of the West Bank in a peace treaty, and risk renewed conflict with the Palestinians, who say it would destroy their dream of a homeland. A new report on annexation from the Palestine Liberation Organization’s negotiations department carries the subtitle: “Israel’s Denial of Palestine’s Right to Exist.”

Such a move could also bring diplomatic and economic penalties from European and Arab powers.

The Palestinians and most countries contend that annexation would violate an international treaty that bars occupying states from extending sovereignty over vanquished areas. Israel disputes this on the ground that it seized the West Bank in the 1967 Middle East war from Jordan and not from a sovereign Palestinian state.

For 50 years, Israeli leaders have refrained from annexation, in part because of the opposition it would draw globally. Netanyahu suddenly turned it into a campaign issue last year in the midst of a close-fought election race where he sought to siphon off right-wing votes from other nationalist parties.

The idea won the backing of the Trump administration, which endorsed annexation of as much as 30% of the West Bank within the context of its Middle East peace plan. More than 400,000 Jewish settlers live inside the West Bank alongside 2.6 million Palestinians. Yet Israeli media have reported that some in Washington don’t want the U.S. to be seen as championing unilateral Israeli action outside a negotiations framework.

Palestinians have rejected the Trump peace proposal as hopelessly biased in Israel’s favor.

Netanyahu has also failed to bring round his partner in a power-sharing agreement, Alternate Prime Minister and Defense Minister Benny Gantz. On Monday, Gantz, a former military chief now with overall responsibility for the country’s security, said plans to annex West Bank territory must be put to the side while the country tackles a resurgent coronavirus outbreak.

Netanyahu fired back, saying annexation “doesn’t depend” on Gantz, according to Hebrew-language media. Local reports have said the U.S. wants Gantz and Netanyahu to reach an agreement on how to move ahead. Gantz also met with U.S. officials this week.