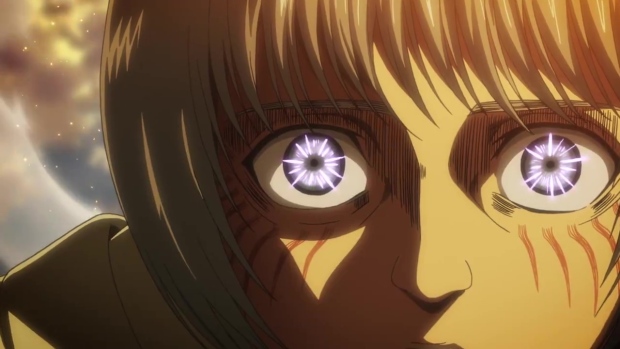 'Attack on Titan' is one of the anime series Netflix hopes will serve as its prime defence against competing streaming service's animation offerings. , Image courtesy of Wit Studio via IMDb.com

As Netflix Inc. prepares for a bruising battle against the Walt Disney Co. and Apple Inc. for streaming subscribers, it’s playing a card that may deliver enough of an edge to fend them off in Asia: Japanese anime.

Although Netflix has featured animation for years, the leading streaming provider of 158 million users is stepping up its anime efforts as new rivals such as Apple, Disney and WarnerMedia’s HBO Max roll out their services. All of them have identified animation as a way to lure viewers — from Disney’s historic archive to a recent victory by HBO Max in clinching the coveted U.S. distribution rights for most of Hayao Miyazaki’s Studio Ghibli films.

Facing such competition, Netflix is extending its strategy of paying for original content to new animated shows such as “Ultraman” and “Eden.” It’s also holding out for a chance to feature Ghibli’s content, including the Oscar-winning “Spirited Away” and “My Neighbor Totoro,” in Japan and other countries outside the U.S. Netflix has also approached the renowned animation studio to secure the up-for-grabs streaming rights for its home country, according to John Derderian, Netflix’s director of Japan & Anime.

“Japan is certainly among the top two creators of stories in the world with Hollywood,” said Derderian, who confirmed that there have been talks with Studio Ghibli, without offering any specifics.

The studio that produced Oscar-winning “Spirited Away” and “My Neighbor Totoro” had long resisted offering its films for streaming, favoring theatrical releases and physical media. That’s changing as more viewers choose to access libraries of shows and movies on smartphones, tablets and computers for a fixed monthly price. Netflix -- which has made inroads in Japan, adding millions of subscribers -- is betting on Japanimation to both defend its turf in the country, and push deeper into Asia.

In fact, most of Netflix’s anime viewers are outside Japan, according to Derderian. Shows such as “Dragon Ball” or “Attack on Titan” continue to attract a global audience. Overseas sales of Japanese animation content has quadrupled to almost US$10 billion since 2012, according to Humanmedia Inc., a Tokyo-based research firm.

Even so, Asia remains a mostly untapped market for the major streaming services. It will probably take a few years until HBO Max, Disney Plus and others to get serious about gathering streaming services in the region. Crunchyroll Inc., a San Francisco-based on-demand streaming service for anime fans outside Japan, has about 2 million subscribers.

Demand for Japanese animation is especially high in Southeast Asia, Europe and Latin Americas, according to Derderian. A spokeswoman for Studio Ghibli declined to comment on business relationships with Netflix, Amazon or other streaming platforms.

“Netflix will have to sustain investment into high-budget, Hollywood-like works and multinational content in order to set itself apart as other players join the market,” said Masahiro Hasegawa, an analyst at HumanMedia.

Netflix’s average spending top shows has jumped about 30% in the past year, content chief Ted Sarandos said in a post-earnings conference call Oct. 17. Netflix is raising funds with a US$2 billion bond issue, it said last week.

Disney Plus, which launches Nov. 12 for US$6.99 a month, will cost about half as much as Netflix and offer a library of movies and TV shows backed by its huge franchises, including “The Avengers” and “Star Wars,” to “The Simpsons” and “Toy Story.”

“Because Disney has pre-existing media and an established brand, Netflix will have to make sure its viewers retain a lifestyle in which they watch Netflix daily,” Hasegawa said.

To gain an edge, Netflix is bringing its strategy of developing original exclusive shows to anime as well. The film “Roma” was nominated in 10 Academy Awards, categories and series such as “The Crown” have won Golden Globe Awards.

The result of that partnership is “Ultraman,” a animated reboot of the classic Japanese show of the silver-suited hero battling giant monsters. The exclusive series was developed with Kenji Kamiyama, the anime director who’s works include a series for “Ghost in the Shell,” and Shinji Aramaki, another well-known director whose designs were behind the Gundam series.

The two directors said developing shows for Netflix gave them more control over the story and content, such as being able to show gory scenes of monsters being vanquished, which is usually suppressed for on-air shows. “I see distributors such as Netflix as another turning point for the anime industry,” Kamiyama said.

Netflix isn’t the only player invested in Japanese anime to give them an edge. Amazon Prime and Apple’s iTunes also offer some of Japanese anime shows, and Amazon has also released an original anime series, “Blades of the Immortal.” Disney will have new Star Wars and Marvel animated series available on their service, seeking to attract core fans from the two works.

But Netflix is confident it can ride out the competition. With long-term partnerships with local studios that are slated to bring original series one after another, Netflix is set to have a steady flow of Japanimation under the belt. The company has also gone beyond to dabble in experimenting with new type of animation along with partner Production I.G., announcing that they’re developing the world’s first hand-drawn, 4K HDR animation series.

“We’re going to partner with studios for 5 years, 10 years, so they can take that money to have certainty of revenue and invest in space and tool and people,” said Derderian. “We’re in an anime boom, but we’re not investing in boom-or-bust cycle.”