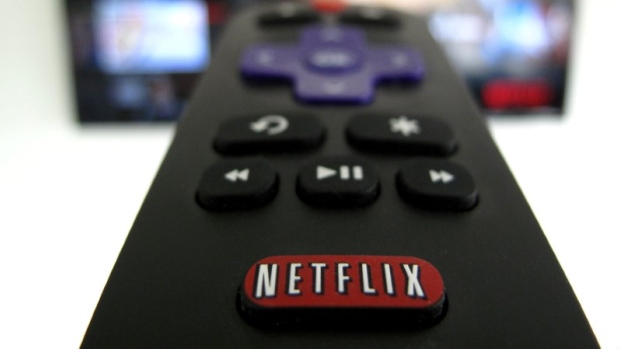 The Netflix logo is pictured on a television remote in this illustration photograph taken in Encinitas, California , Reuters/Mike Blake

Shares of the video streaming service rose 1.3 per cent to US$349.29 in New York, lifting the company’s market cap to US$151.8 billion. Disney retreated 0.8 per cent, closing with a market value of US$152.2 billion, according to data compiled by Bloomberg.

The advance underscores the high confidence investors have in the future of the world’s largest paid online video service. Netflix’s value has surged from about US$20 billion at the end of 2014 and surpassed the world’s most powerful media giants, Comcast Corp. and Disney, this week.

Still, Netflix’s revenue remains well below that of the media titans. Comcast is the largest cable provider in the U.S. and parent of NBCUniversal, which owns film studios, pay-TV networks and theme parks. Its sales totaled US$84.5 billion last year. Disney, with 2017 revenue of US$55.1 billion, owns ABC and ESPN, two of the most valuable TV networks in the U.S., along with its namesake parks and resorts and prosperous movie studio.

Netflix’s sales are forecast to grow 38 per cent to US$16.1 billion this year, based on analysts’ estimates, as the company signs up more customers for its global on-demand video service. Subscribers totaled 125 million as of March 31.

The Los Gatos, California-based streaming company is spending billions on programming to attract new viewers, prompting concerns among some analysts. Netflix will lay out about US$8 billion for movies and shows in 2018, and forecasts US$3 billion to US$4 billion in negative free cash flow.

Investors have forgiven the cash burn so long as the company keeps growing. Up 82 per cent in 2018, Netflix is the top performing stock in the S&P 500 and has led the index three of the past six years. Disney is down about 5 per cent this year, while Comcast has declined 21 per cent.

Disney is responding to the threat posed by streaming services by moving more of its programming online. The company introduce a web-based ESPN subscription service and has plans for an additional offering. Comcast has begun selling the Netflix service as part of its cable packages. 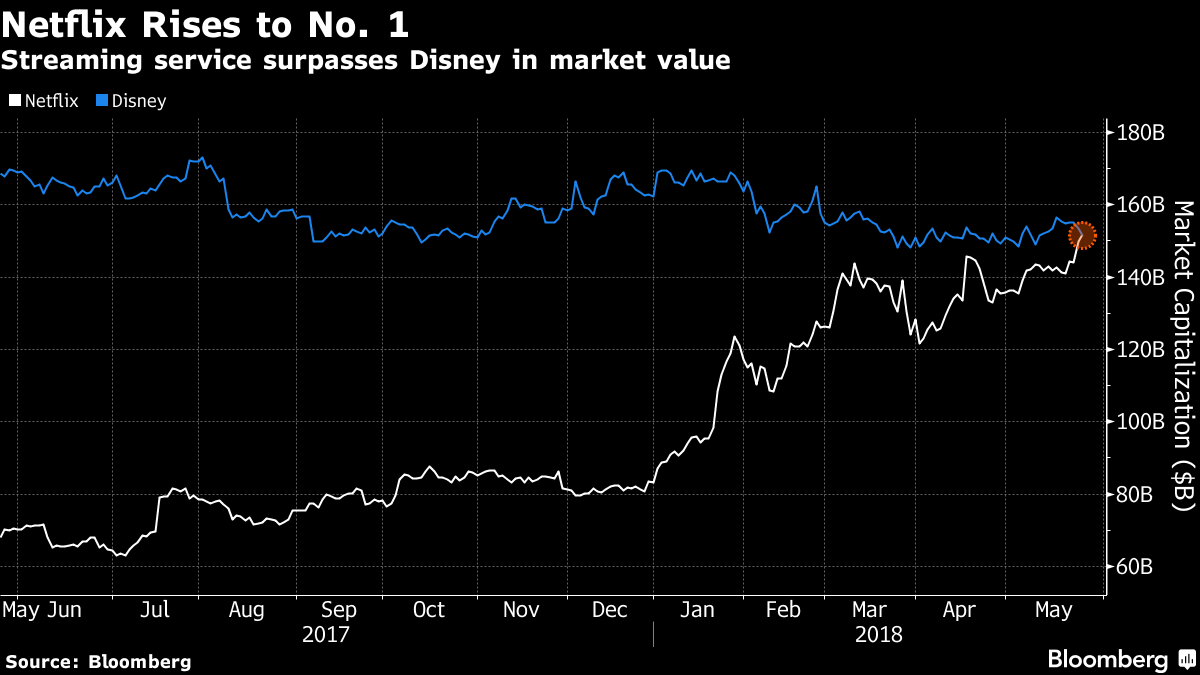