Investors who bet against Netflix Inc. in recent months might now be licking their wounds.

Shares of the streaming giant have surged 50 per cent from their May low, buoyed by the promise of new features to revive growth, better-than-expected quarterly results and the runaway success of the latest installment of sci-fi thriller Stranger Things.

That's hurting short sellers, who borrow shares and sell them, hoping to buy them back at a lower price to profit from the difference. Since mid-May, they have seen US$996 million in mark-to-market losses, according to S3 Partners. 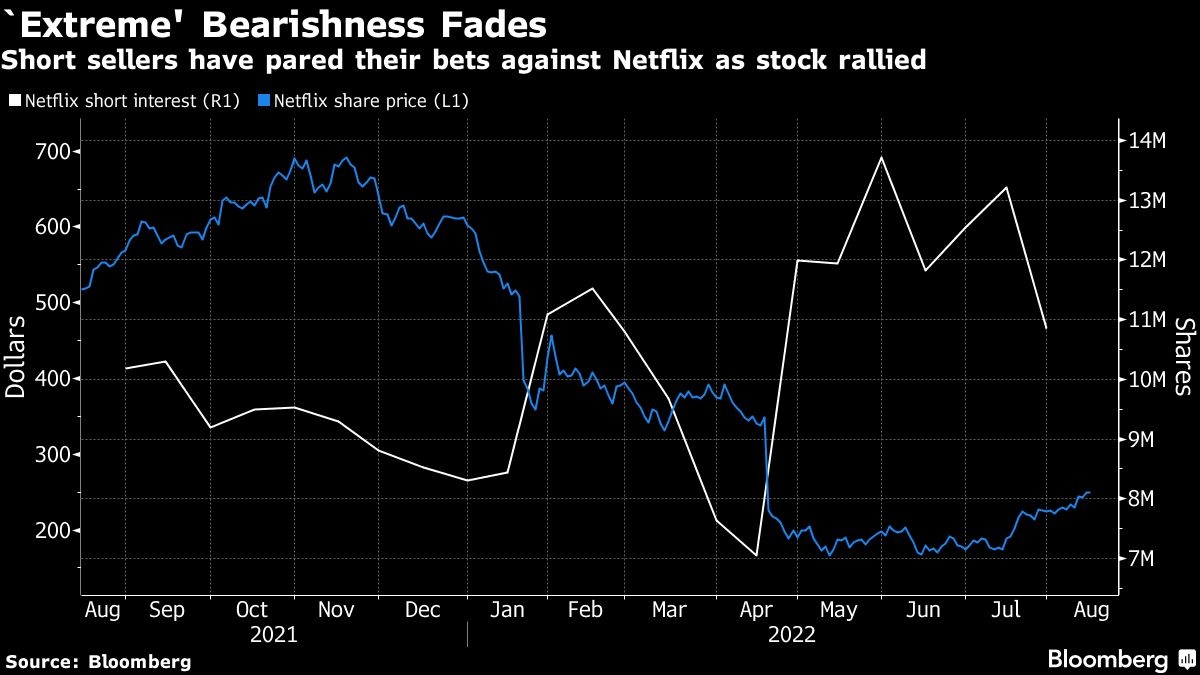 At its May low, Netflix was down 72 per cent for the year as the company faced mounting competition, customers whose finances are getting pinched by rising inflation, the possibility of a global recession and the end of the pandemic-fueled streaming boom.

Bearishness was extreme, said Neil Campling, head of technology, media and telecom research at Mirabaud Securities. The stock got to extreme oversold levels, and traded at a massive discount to trend valuation, to peers, and to history.

To be sure, with the stock still down 59 per cent in 2022, shorts that have been bearish since the start of 2022 are still sitting on US$2.69 billion in mark-to-market profits, according to Ihor Dusaniwsky, managing director of predictive analytics at S3 Partners.

The recent rally in Netflix's shares reflects optimism about the start of a much-anticipated version of the streaming service that will carry advertising, a crackdown on password sharing and better-than-feared second-quarter subscriber loss. The company also forecast growth in its subscriber base after two quarters of contractions.

Bears who gave up on their bets may have added fuel to the surge. In the past month, short sellers have bought back about 2.4 million shares worth US$599 million, according to S3 Partners. That's an 18 per cent decline in the total amount of shares shorted as Netflix rallied.

Netflix shorts have been actively trimming their short exposure after the most recent earnings call -- looking for the worst to be over and for this quarter to reflect better earnings and\or user growth, Dusaniwsky said. 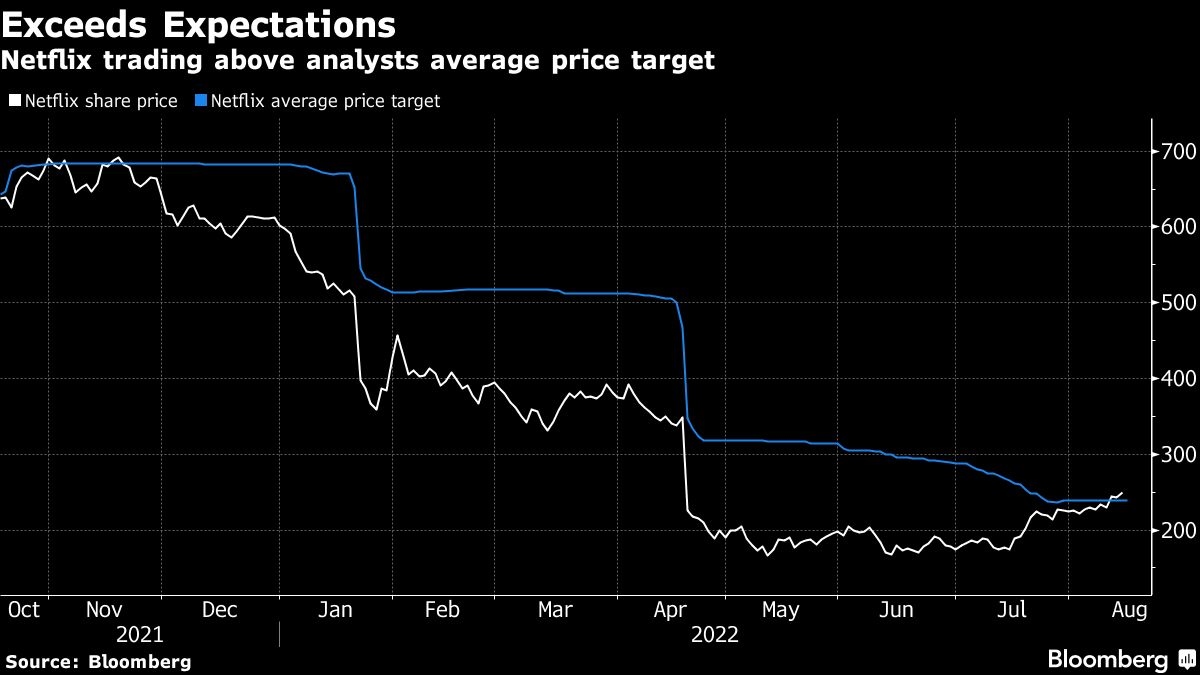 Netflix shares are still cheaper than usual after their rebound. They're priced at less than 23 times profits projected over the next 12 months, well below the 10-year average of 80 times. The Nasdaq 100 is at 24, while the S&P 500's price-earnings ratio is 18.

Others are bracing for some volatility as competition concerns and rising costs aren't going away any time soon. This stock can do very well over the next 12 to 24 months, but there will probably be a better entry point in the fall, said Matt Maley, chief market strategist at Miller Tabak + Co.