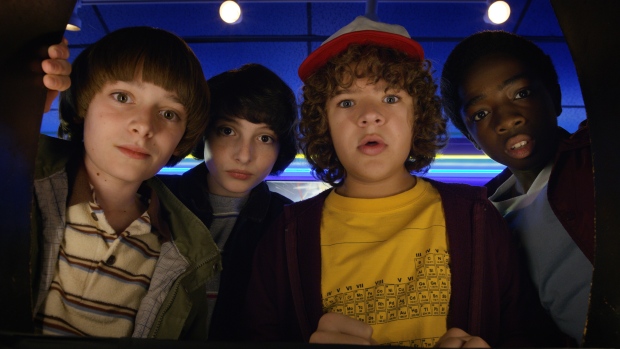 This image released by Netflix shows, from left, Noah Schnapp, Finn Wolfhard, Gaten Matarazzo and Caleb Mclaughlin in a scene from "Stranger Things," the second season of which premiers on Friday , Courtesy of Netflix via the Associated Press

Netflix Inc. (NFLX:UN) shares spiked on Monday after BofA wrote that the company was seeing a “significant re-acceleration” in downloads for its app in the third quarter, a trend it attributed to the release of the latest “Stranger Things” season in early July.

Shares gained as much as 3.9 per cent, with the spike coming after BofA’s report was released.

The rebound in downloads was “likely aided by the release of ‘Stranger Things Season 3’ in early July followed by other content,” BofA wrote to clients. 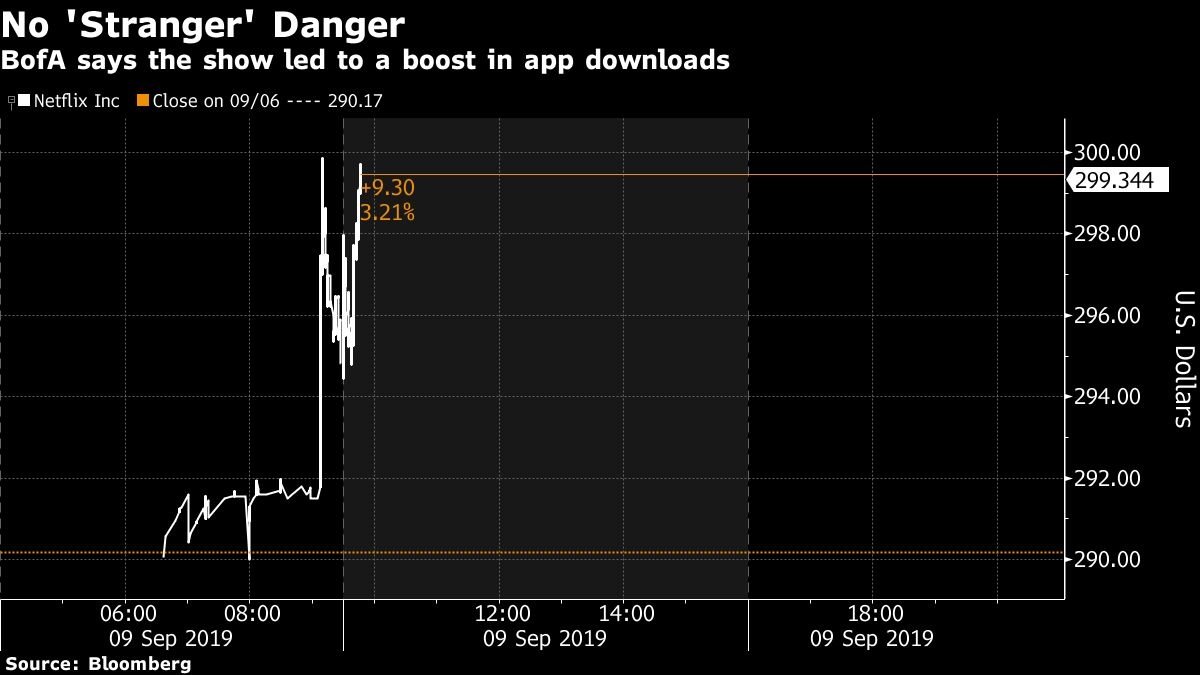 The report helped to ease concerns about user trends at the video-streaming company. Last week, data from 7Park suggested that international subscribers were tracking lower than expected, underlining the risk that Netflix faces at a time when major competitors -- notably Walt Disney Co. -- are gearing up to launch rival streaming services.

In the company’s most recent quarterly report, Netflix shocked investors by reporting a drop in U.S. customers and slower overseas growth. According to data compiled by Bloomberg, 48.4 per cent of Netflix’s 2018 revenue was derived from its domestic streaming business, while another 49.3 per cent came from international streaming.

Shares of Netflix are down more than 20 per cent from a peak in early July.