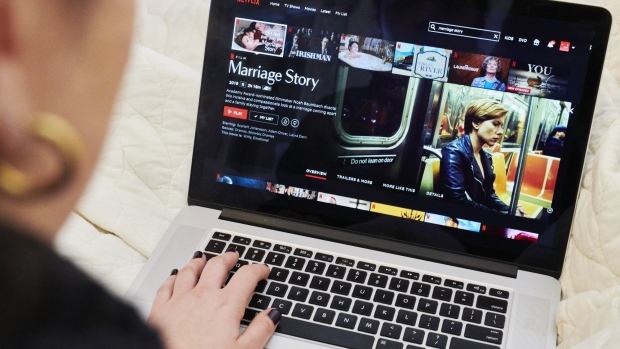 (Bloomberg) -- Complaints about Netflix Inc.’s service are pouring in from the U.S. and Europe, a sign that soaring home viewing because of coronavirus lockdowns may be straining the streaming service.

The problems surged a little after noon New York time, according to Downdetector, which tracks service complaints via social media. The most common issue, reported by more than 40% of respondents, was losing a connection to Netflix, the site found. As of 1:17 p.m., the outages were more concentrated in western Europe.

Netflix didn’t immediately respond to a request for comment.

Netflix and other streaming services have been reducing the quality of their video streams in Europe and elsewhere, hoping to ensure networks can handle increased usage during the coronavirus outbreak.