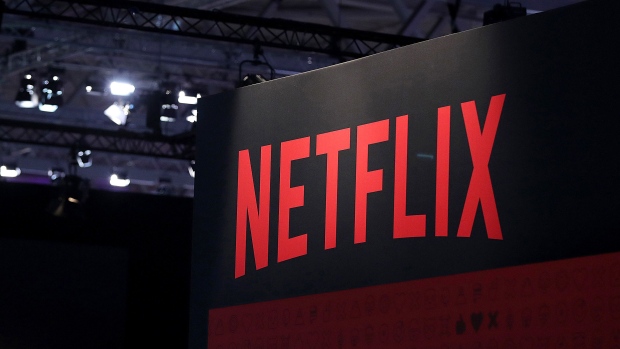 (Bloomberg) -- Netflix Inc. investigated one of its top executives in Spain for “aggressive and intimidating” behavior that was not inclusive of the LGBTQ+ community, according to documents seen by Bloomberg News.

Allegations against Diego Avalos were initially made via an anonymous tip-line, according to a person familiar with the events. That triggered an internal investigation this spring, which ultimately found his actions to be “deeply concerning,” according to a document from April 9 reviewed by Bloomberg. That letter, sent by a human resource director, said Netflix provided “tough feedback” and would give him coaching and a chance to “change his communication and leadership style.”

A Netflix spokesperson said the company has worked hard to ensure a respective, inclusive and safe work environment. Avalos declined to comment.

As the vice president for original content in Spain and Portugal, Avalos is one of the most important executives in one of Netflix’s largest markets in Europe. He was involved in developing and producing “La Casa de Papel,” also known as “Money Heist,” the service’s most-watched Spanish-language show, and one of its most popular shows ever. Avalos joined Netflix in 2014 as an executive working in content acquisition for Latin America.

The streaming service is currently facing criticism from LGBTQ activists and groups such as GLAAD, a media watchdog, for its work with comedian Dave Chappelle. In his recently-released comedy special “The Closer,” Chappelle makes several jokes at the expense of trans people, some of them in response to criticism of his previous special, “Sticks & Stones.” Some Netflix employees have spoken out against the company both internally and on social media in one of the biggest worker outcries the company has ever faced, Bloomberg reported last week. Internal documents seen by Bloomberg showed Chappelle’s special had an “impact value” of $19.4 million, meaning it cost more than the value it generated.

On Friday, Netflix fired an employee for sharing confidential information. A Netflix official said the information was cited in a story by Bloomberg. A Bloomberg News spokesperson said the company doesn’t discuss how it may have obtained confidential, newsworthy information.

Netflix co-Chief Executive Officer Ted Sarandos has reiterated his support for Chappelle, but two memos he sent to employees thus far have only stoked the controversy. New Zealand comedian Hannah Gadsby criticized Sarandos in an Instagram post for not acknowledging Chappelle’s “hate speech dog whistling.” Netflix has said it has made inclusion a priority in recent years, hiring a head of diversity and inclusion in 2018 and boosting representation of different racial and ethnic minorities in Hollywood.

Allegations against Avalos began with a complaint to a confidential hotline, said a person familiar with the investigation. Documents seen by Bloomberg show that Naeem Hatimi, a human resources Director for EMEA, led the investigation into Avalos alongside Clothilde Verdier, Employment Counsel for the region.

Hatimi and Verdier told employees in Spain that Avalos “used language or demonstrated an attitude in various meetings that was not inclusive of the LGBTQ+ community and/or employees with children,” according to the April 9 letter seen by Bloomberg. In that note, Hatimi described Avalos’ behavior as “extremely direct” and wrote Netflix was aware his “style” could be viewed as “aggressive and intimidating.” Hatimi and Verdier declined to comment.

The company’s leaders, including global head of TV Bela Bajaria and VP of Original Series for EMEA Larry Tanz were aware of the investigation and, according to the document, would address the issues, their decision to keep Avalos on, and provide support to those who need it in team meetings. They decided Avalos deserved a second chance, but would be “held accountable for immediate growth,” the letter said. Bajaria and Tanz declined to comment.

“The decision to give Diego a chance to change his leadership and communication style, further develop his inclusion lens and rebuild trust was not made lightly,” Hatimi and Verdier wrote. The letter emailed to employees also detailed that Avalos “took responsibility” and “owned that his choices and behaviors are inconsistent with Netflix’s values” causing “some members of the Spanish office to feel anxious and intimidated.”