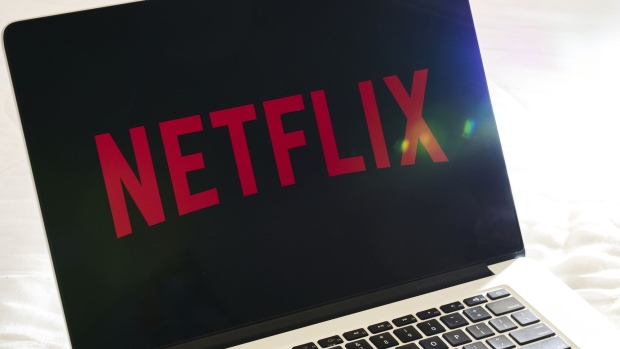 Netflix Inc. is planning to double its spending on original content in Asia next year to help stay ahead in a crowded streaming market, where billionaires including China’s Pony Ma and Hong Kong’s Richard Li are seeking to expand their presence.

Kim declined to elaborate on what the 2021 budget for originals would be beyond saying Netflix is looking to double its investment from this year on securing exclusive content. Research firm Media Partners Asia said the amount is likely to be at least US$1 billion. The U.S. giant said it has spent almost US$2 billion since 2018 on original and licensed local content. Since its Asia launch in 2015, Netflix has released over 220 original titles.

By stepping up its investment, the Los Gatos, California-based company is not only gearing to tackle its main rivals Walt Disney Co.’s Disney+ and Amazon.com Inc.’s Prime Video, but also regional challengers such as Viu, backed by tycoon Li, and WeTV from the house of Ma’s Tencent Holdings Ltd. The higher spending in the region also comes at a time when Netflix is trying to lure users with cheap packages, a strategy followed by rivals at the expense of profit.

“Where we have been ahead of our competitors is being closer to the local markets, finding great storytellers and seeing things from a local perspective,” Kim said in an interview. “Our primary goal is local impact.”

Already boosted by the use of smartphones in the region, streaming platforms got a massive fillip from the pandemic, which forced people indoors for weeks and shut movie theaters.

Streaming revenue in Asia Pacific, excluding China, will more than double to US$15 billion by 2025, Media Partners estimates. Netflix, with a 35 per cent share of streaming revenue in the region by the end of 2020, already corners the largest slice. Amazon Prime Video is second with a 10 per cent market share, according to the research agency.

Asia Pacific added 46 per cent of the Netflix’s new subscribers in the quarter to September -- making it the largest contributor -- while its revenue rose 66 per cent compared to last year, Netflix said in an Oct. 20 letter to shareholders.

The company will also look to invest in content from India and Southeast nations such as Thailand and Indonesia, Kim said.

Netflix’s sub-US$5-a-month, mobile-only plans have won it more users in India, Indonesia, Malaysia, the Philippines and Thailand. That helped push its Asia Pacific subscriber base to 23.5 million, making it the fastest growing among the firm’s four global market clusters. But the region is also the only market for the firm that saw average revenue per user dropping in the past three quarters.

While cheaper plans help Netflix widen user base in emerging markets, the streaming giant may “continue to face pricing pressure over the next two to three years in India and Southeast Asia” amid intense competition, said Singapore-based Vivek Couto, executive director of Media Partners.

Streaming companies are also facing increased regulatory scrutiny in many countries. India last month brought the platforms under the purview of its Ministry of Information and Broadcasting, raising fears of censorship.

“We want to be as compliant as possible to the regulations in those markets,” Kim said. “But it doesn’t change the core philosophy of how we approach content.”