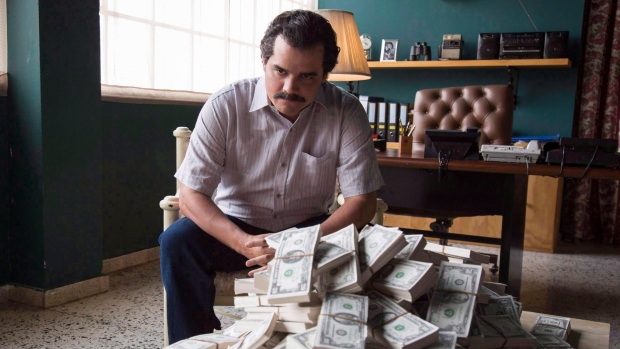 Investors may be flocking to Netflix after the video streaming service announced a massive spike in new subscribers, but Barry Schwartz is staying far away from the stock.

“Right now, for me, it is a lovely story and an amazing product and an uninvestable company,” the chief investment officer at Baskin Wealth Management told BNN on Tuesday morning. “They are diluting shareholders and not generating any free cash flow, so this is a company that is going to have to continue to raise capital.”

Netflix reported third-quarter financial results after markets closed on Monday that far exceeded analyst expectations. The company posted US$0.12 in profit on a per-share basis, well above the US$0.07 a share during the same period in 2015 – yet most of the investor attention is likely driven by the company’s new subscriber growth.

“Investors appear laser focused on subscriber growth,” Wedbush Securities analyst Michael Pachter said in a note to clients after Netflix’s results were released, “and so long as Netflix delivers on that metric, investors will bid the shares up.”

More than 3.2 million people outside the company’s home market of the United States signed up for Netflix during the third quarter. While the timing coincides with a near-global expansion to 130 new countries during that time, the figure far exceeds the roughly 2 million new international subscribers analysts were expecting.

In the United States, approximately 370,000 people signed up for Netflix in the third quarter, or 20 per cent more than the 300,000 expected. While rising competition from Amazon.com and other rival streaming service providers, as well as backlash against its plans to raise prices have spawned discussion of a slowdown in the Los Gatos, Calif.-based company’s home market, Netflix is still targeting at least 60 million American subscribers, up from its current 48 million.

Netflix CEO Reed Hastings said more original content was going to be critical to achieving that goal. He specifically referenced “The Crown” – a royal drama expected to be the most expensive content Netflix has ever produced with a budget of US$130 million – which debuts Nov. 4.

“When you watch that show, it’s going to seem quite achievable,” Hastings said.

Original content such as “Narcos” – the dramatic retelling of the life of Colombian drug kingpin Pablo Escobar – had a “positive impact” on subscriber acquisition globally in the third quarter, Netflix said in a letter to shareholders.

The company plans to spend US$6 billion on content in 2017, up from US$5 billion this year, with a goal of producing more than 1,000 of original content or about one third more than the current volume.

Despite promises of being able to reap “material global profits” in 2017, the lack of ability to generate ongoing free cash flow is exactly why Schwartz – along with nearly one out of every five analysts who formally cover the stock with a “sell” rating (8 out of 45) – has a problem with buying Netflix shares even with the dramatic subscriber growth in the most recent quarter.

Wedbush, which is among those with a “sell” rating on Netflix, noted following that the company’s cash burn remains “unacceptably high” and Schwartz puts the challenge in even starker terms.

“They are going to have to spend money until the end of time,” Schwartz said.

“It is hip right now, it is fashionable – Netflix – I just don’t see it as a company that I would put my clients’ capital into until it is making money.”