Netflix Estimates ‘Squid Game’ to Be Worth Almost $900 Million

Netflix Inc.’s hit show “Squid Game” is driving the company’s shares to outperform its streaming rivals as well as other technology peers in the month since the release of the TV series.

The show has now boosted the stock’s market value by US$19 billion since its launch on Sept. 17. That’s roughly 20 times the size of its reported US$900 million impact value, a metric the company uses to assess the performance from individual shows.

The streaming pioneer’s shares have risen 7.1 per cent since the launch of the show, outshining other big technology stocks and its streaming rivals. The NYFANG+ Index, which includes the likes of Apple Inc., Google-owner Alphabet and Tesla Inc., rose 0.6 per cent during that period, while rival Walt Disney, which owns the Disney+ streaming service, saw its stock decline 3.8 per cent. 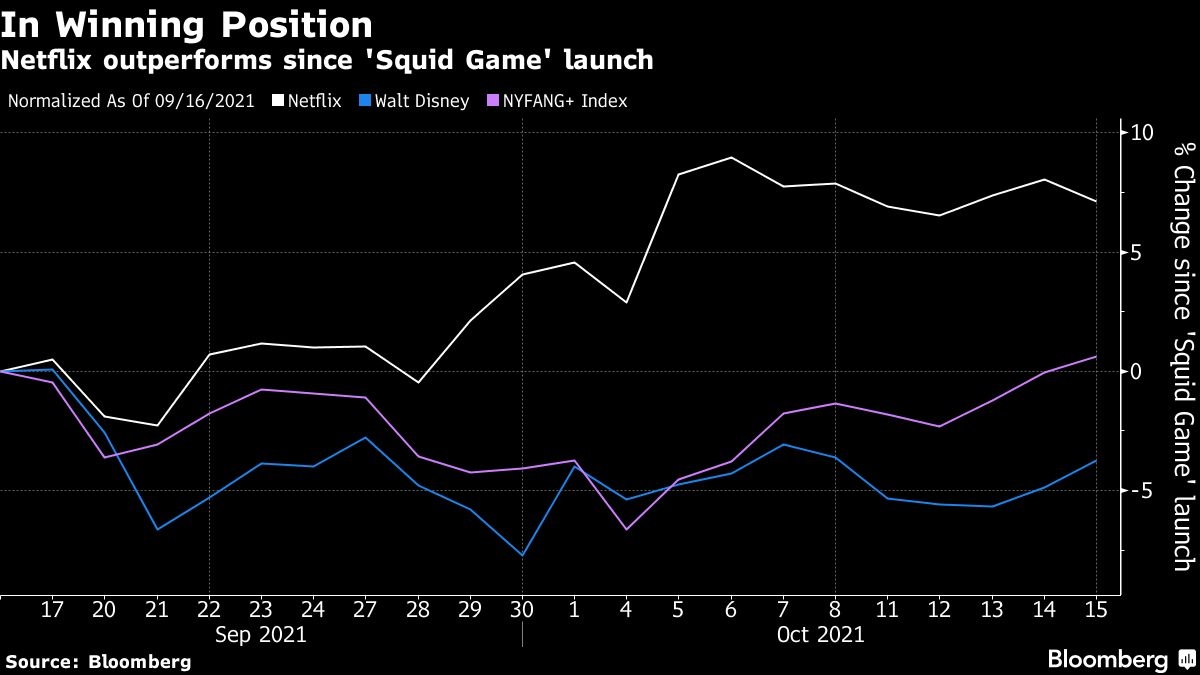 Netflix shares are just 1.7 per cent away from an all-time closing high, and analysts expect the show to boost quarterly earnings due Tuesday. UBS Research analysts say they expect the company will indicate further acceleration in sign-ups for its app for the current quarter on the back of some hit series, including “Squid Game.”

The South Korean show is about indebted people in a deadly contest for a cash prize. It cost US$21.4 million to produce. About 132 million people watched at least two minutes of “Squid Game” in its first 23 days, breaking the Netflix record set by “Bridgerton.”