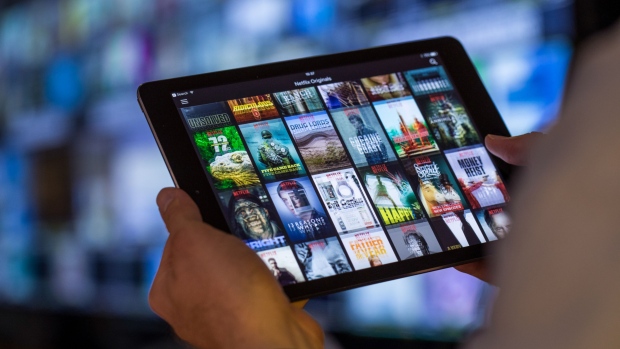 A private equity and real estate executive accused of paying bribes to get his children into Harvard, Stanford and USC as recruited athletes sued Netflix Inc. over a documentary about the college admissions cheating scheme.

John B. Wilson, who has pleaded not guilty in the federal case and is awaiting trial, sued the streaming service on Tuesday, alleging that the movie defamed him by portraying the Lynnfield, Massachusetts, resident as participating in misconduct to which other parents have confessed. The film, “Operation Varsity Blues: The College Admissions Scandal,” became available for streaming on March 17.

“The Wilson family has been subjected to multiple instances of unfair and inaccurate reporting” about the case, according to the lawsuit, filed in Superior Court in Essex County, Mass. “In recent days, however, they have been forced to endure the ultimate destruction of their reputations in the eyes of more than 200 million global Netflix subscribers.”

Netflix didn’t immediately respond to a request for comment on the lawsuit.

Before the film aired, Wilson’s lawyers met with Netflix and the movie’s producers, who then ignored evidence submitted to them, including the results of a polygraph test that clears Wilson of wrongdoing, his attorney Howard Cooper said in an interview.

Cooper said he also presented Netflix and the producers with evidence that his client’s son was a star athlete on his high school’s water polo team, that Wilson’s daughters took their college admissions exams on their own and that one of them got a perfect score. Wilson’s son later became a member of the University of Southern California’s water polo team, Cooper said.

None of the colleges or students cited in the case have been charged.

The film leaves viewers with “the false and defamatory impression that the Wilsons engaged in conduct to which others have pled guilty such as having a non-athlete child apply to college as an athlete, photo-shopping pictures to fake their athleticism, and having others take college admissions tests for their children,” according to a press release on the lawsuit.

Wilson may not be able to find jurors whom the film hasn’t prejudiced against him, Cooper said.

The movie, created by the makers of a popular documentary on the Fyre Festival, presents re-enactments of conversations drawn from FBI wiretaps, in addition to the usual interviews of documentary fare. The 1-hour, 40-minute film features actor Matthew Modine as Rick Singer, the admitted mastermind of the college admissions scheme.