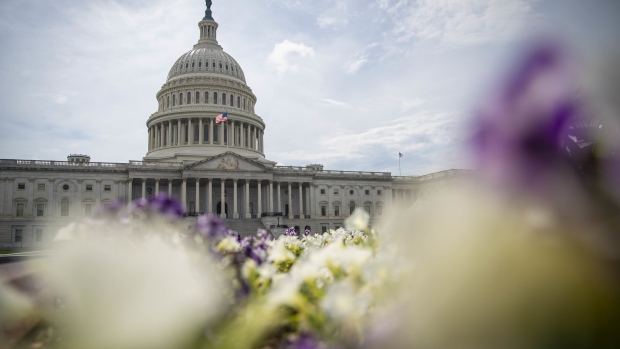 The U.S Capitol building in Washington, D.C., U.S., on Wednesday, June 9, 2021. A group of Democratic and Republican U.S. House members who are trying to keep alive the hope of a bipartisan infrastructure package said late Tuesday they had agreed to $761.8 billion in new spending over eight years. , Bloomberg

(Bloomberg) -- The House on Wednesday passed a package of bills intended to reinvigorate trust-busting in the US, marking the first time Congress has voted to expand antitrust laws in decades.

The package passed 242-184 after days of infighting on both sides of the aisle. Next, it will go to the Senate, where it is expected to pass before moving on to President Joe Biden to be signed into law.

The bills in the package are much narrower than a separate antitrust bill that Congress has been considering, called the American Innovation and Choice Online Act, which would prevent the largest technology platforms from using their market dominance to the disadvantage of rivals. That bill, which is co-sponsored by Democratic Senator Amy Klobuchar of Minnesota, has stalled amid an enormous lobbying campaign by Alphabet Inc.’s Google, Amazon, Apple Inc. and Meta Platforms Inc.

Colorado Republican Representative Ken Buck, a co-sponsor of the bill, said the smaller package will “help America with Big Tech.”

The bills that advanced Wednesday are designed to bolster procedures around antitrust enforcement, but won’t change existing laws. Still, by strengthening resources for the antitrust agencies and giving states control over where corporate consolidation cases are tried, the vote marks a win for the Biden administration and the growing movement of activists advocating for antitrust reforms.

Democratic Rhode Island Representative David Cicilline, a co-sponsor of the bills, called the package a “modest yet critical first step to modernizing the antitrust laws.”

The Merger Filing Fee Modernization Act would increase corporate filing fees for mergers and give that money to the Federal Trade Commission and the Justice Department’s antitrust division, which are both strapped for resources amid a consolidation wave.

Another bill, the State Antitrust Enforcement Venue Act, would allow state attorneys general to pick the location where their federal antitrust suits are heard, making it easier and less costly to try their cases. The legislation, which Google has opposed, would bar companies from asking judges to shift the trial venue to their home courts where they might have an advantage.

The third bill in the package would require companies pursuing mergers to disclose subsidies they have received from nations that pose a risk to the US, such as China.

Shortly before the vote, House lawmakers held a fundraiser with Amazon lobbyists at a Capitol Hill winery, according to a copy of the attendees obtained by Bloomberg News. Key lawmakers, including the chairs of committees tasked with overseeing the tech industry, attended the event, which included corporate lobbyists representing a number of industries.

The fundraiser comes as the larger bills that the tech companies oppose languish. The companies have expressed less opposition to the smaller bills that passed Thursday.

The major tech companies and their trade groups have opposed the bills, though they are much narrower than separate legislation that would force the companies to change how they operate. That measure, called the American Innovation and Choice Online Act, has stalled but could still come up for a vote later this year.

The legislation that passed Thursday was bogged down by bickering among both parties, which intensified this week when the House announced its intention to hold a vote.

Despite support from Senate Republicans for the measure, House Minority Whip Steve Scalise of Louisiana earlier this week circulated a memo urging Republicans to vote against the package, claiming it would empower President Joe Biden’s “politically motivated regulators.” The top Republican on the House Judiciary Committee, Jim Jordan of Ohio, has echoed that anxiety, claiming the merger filing bill in particular would give new resources to FTC Chair Lina Khan, an increasingly important target for Republicans.

At the same time, a handful of Democrats from California, home of most of the tech giants, circulated a letter opposing the state venues bill, claiming it would burden an “an already-overloaded court system.” But California’s Democratic Attorney General Rob Bonta, along with dozens of other attorneys general, are advocating in favor of the legislation, which could give them a home court advantage as they pursue complex and difficult antitrust litigation -- particularly against the well-heeled tech companies.

The disagreements foreshadowed a battle ahead over more sweeping changes to antitrust laws. If the GOP wins the majority in the House in November, Jordan, a major critic of antitrust reform, would likely become the leader of the Judiciary panel.