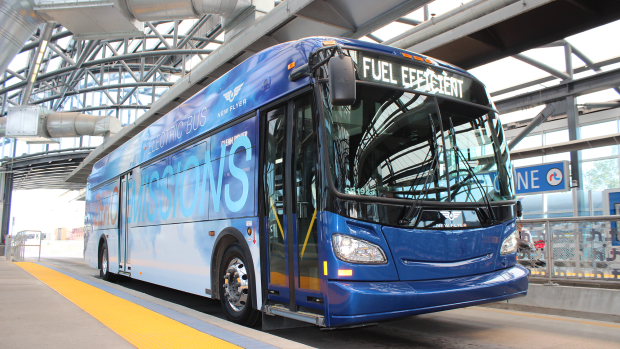 NFI Group on stock being up almost 5%, impact of metals tariffs

Concerns about the impact of steel and aluminum tariffs continue to rise among Canadian companies. Paul Soubry, president and CEO of New Flyer Industries, discusses the impact the tariff war may have on his business, the "Buy America" policy, and trends in the bus industry.

A notice to build the buses is expected after a nine-month review of a pilot bus slated to be given the green light Oct. 31.

The order for 30 buses from Montreal's transit authority (STM) and 10 from Laval's transit agency is supported by funding from the provincial and federal governments.

Both transit authorities operate battery-electric bus pilot programs as they aim to become fully electric in the future.