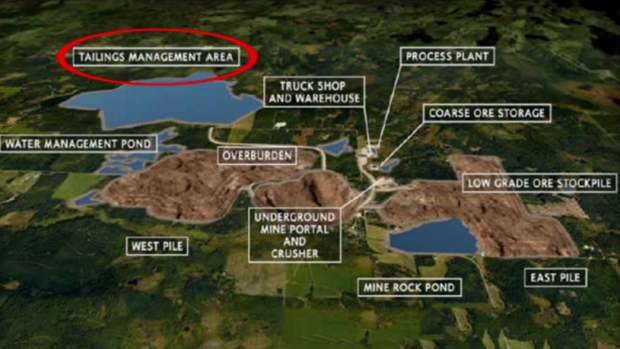 New Gold Inc (NGD.TO) said first production from its Rainy River mine in Ontario would be delayed by three months and that it would cost US$195 million more to bring the project online.

Randall Oliphant, who stepped down as the company's executive chairman, had told Reuters in September that there would be no more cost overruns at the mine, days after the company raised its budget for the project by 11 per cent to US$1.05 billion.

Oliphant will remain on the company's board. Hannes Portmann, who is currently president, will take on the role of chief executive officer, while board member Ian Pearce will become non-executive chairman.

The company also said that it was facing a US$100 million funding gap to pay for its operating expenses and to start commercial production at its Rainy River mine in November.

Rainy River is one of the few mid- to large-scale gold mines being built worldwide as the industry pulled back from developments after gold prices began falling in late 2011.

The gold industry is especially sensitive to cost overruns after a series of cost blowouts on big mine builds in recent years, notably Barrick Gold Corp's (ABX.TO) Pascua-Lama project in the Andes, which was put on hold in 2013 after development costs ballooned to US$8.5 billion.

New Gold said it was looking at a number of options to plug the shortfall, including selling non-core assets and raising debt or equity.

"While management is evaluating a number of opportunities to raise the capital, we believe the market will respond negatively to the increased uncertainty caused by the announcement," Canaccord Genuity analysts wrote in a note.