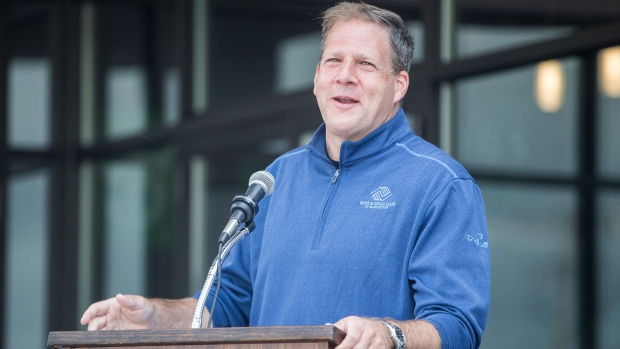 (Bloomberg) -- New Hampshire’s Republican governor, Chris Sununu, said he chose not to run for the U.S. Senate because he lacks the personality and inclination to be a lawmaker rather than a chief executive.

“I would be incredibly frustrated,” he said in an interview on Monday on Bloomberg Television’s “Balance of Power.” “Not only would I be frustrated, but they would probably ultimately get pretty frustrated with me, because I can be pretty demanding about accountability and results.”

Sununu, 47, said he would seek a fourth term rather than make a run for the U.S. Senate last month, in a closely watched move that could affect the fight over control of the Senate in next year’s midterms. Right now, Democrats control the 50-50 Senate only with Vice President Kamala Harris’s tie-breaking vote.

Asked if he declined to run because of partisan fighting in Washington, Sununu said that “the partisanship -- it doesn’t mean it is broken, but I think you have a lot of personalities focused on their personalities.”

Sununu disappointed some supporters who saw him as a strong candidate for Senate who could deliver the seat for Republicans, but he said he expects a robust field of other candidates to run against incumbent Democrat Maggie Hassan.

(Updates with governor’s age, context in third paragraph. The headline in a previous version misspelled the name of the state.)