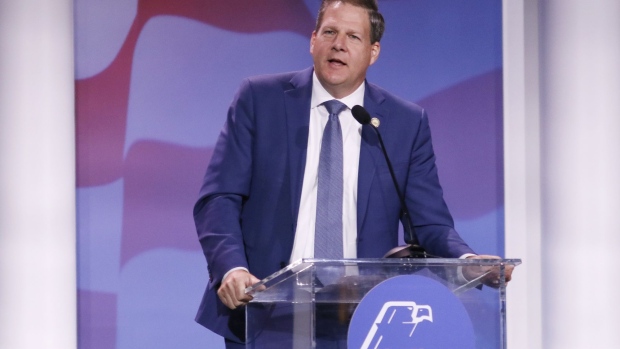 (Bloomberg) -- Republican New Hampshire Governor Chris Sununu, a GOP critic of Donald Trump and widely considered to be a potential 2024 rival, said Thursday that the ex-president is too extreme to win the White House again.

In an interview for a Washington Post live event, Sununu said he doesn’t see a path for Trump to win his third White House bid because he doesn’t have “the right brand” for the country.

Sununu’s latest comments about Trump come as some Republicans distance themselves or publicly admonish the former president for dining last week with rapper Ye, who recently lost business partners after making anti-Semitic remarks, and Nick Fuentes, a well-known white supremacist.

“There’s a lot of extremism there as well, just with him as a candidate and as an individual in terms of his tone and where a lot of his messaging is and what has really surrounded him and kind of co-opted his message at this point,” Sununu said. “We’re just moving on. It’s really that simple.”

A message seeking a response was left with a Trump spokesman. Asked whether he plans to run in 2024, Sununu said he always leaves “options on the table” but is focused on his job as governor and is “not really” thinking about a White House bid.