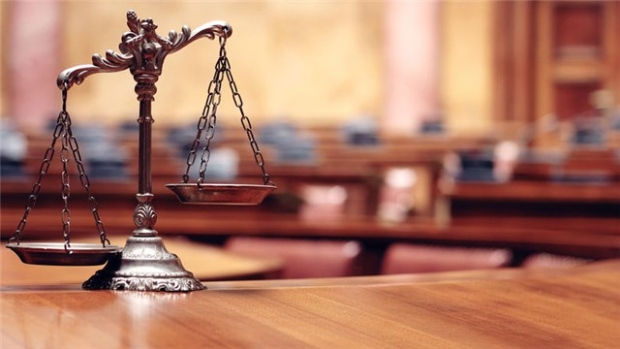 OTTAWA -- Canada's minister in charge of procurement says the Trudeau government wants the federal regime for dealing with companies that have integrity problems to be more flexible -- a change that could help beleaguered SNC-Lavalin.

The engineering and construction giant faces corruption and fraud charges over allegations it used bribery while pursuing business in Libya. If the company is convicted, the updated integrity regime could mean a lighter punishment.

The current rules disqualify offenders from receiving federal contracts for 10 years -- known as "debarment" -- though in certain cases the period can be trimmed down to five years.

The regime was designed to ensure the Canadian government only does business with ethical companies in Canada and abroad.

This week, Public Services Minister Carla Qualtrough said the updated policy, if adopted, will still carry a potential ban from federal contracts of up to a decade, depending on a number of factors including the severity of the transgression.

But a draft of the new scheme released last fall shows there is no minimum ineligibility period.

The integrity regime, which has been in place since 2015, is an administrative tool guiding government decisions on which suppliers to buy from -- not a criminal process. Qualtrough said once the new policy is in place all integrity regime decisions will be handled, without ministerial oversight, by an independent authority known as the registrar of ineligibility and suspension.

The proposed changes were brought forward after the Liberal government heard from industry players who felt the existing rules were too rigid, Qualtrough told a House of Commons committee.

"It was a really a response to some concerns raised about the kind of lack of flexibility in the 10-year term," she said Wednesday under questioning by MPs. "We are making a policy choice -- if this new policy is adopted -- to add flexibility in the registrar's determination of both the severity of the offence and several other kind of factors that they will take into consideration in the decision around debarment and debarment term."

Asked if SNC-Lavalin was part of the engagement process, Qualtrough insisted she didn't know. One of her officials then confirmed that the company was indeed among the participants.

Qualtrough said the new policy will be finalized in four to six weeks and will cover a wider range of offences. Her department is seeking an additional $2.6 million to cover the expected cost increases associated with the broader scope of misconduct.

The current federal integrity regime was introduced in 2015, replacing a framework from three years earlier. The aim is to foster ethical business practices by prohibiting businesses guilty of offences such as bid-rigging, bribery, fraud and money-laundering from receiving government contracts.

Federal officials conducted a public consultation on the regime in 2017. A summary of the consultation says most participants thought a disqualification period of 10 years -- or even five -- was too long.

"The principal view was to favour full discretion in the determination of a period of ineligibility, including the ability to reduce the period to zero," a summary of the consultation findings says.

The proposal prompted another round of public consultations last fall with the intention of making further refinements before it takes effect.

The federal tools to handle corporate misconduct, including the integrity regime, have been under heavy scrutiny in recent weeks and SNC-Lavalin's situation has been at the heart of a political storm in Ottawa.

The company has pushed unsuccessfully for another way to avoid debarment. It has been seeking a special remediation agreement, a type of plea-bargain, that would allow it to avoid a criminal prosecution.

But the federal director of public prosecutions ruled late last year that the case was ill-suited for such an agreement.

Former attorney general Jody Wilson-Raybould testified Wednesday that she decided against overruling the director's decision on SNC-Lavalin and against taking over the prosecution herself.

Wilson-Raybould told a House of Commons committee that after making her decision she withstood inappropriate pressure from Prime Minister Justin Trudeau and other senior Liberal officials to ensure the company got an agreement. She was later shuffled in January to a new cabinet portfolio.

Trudeau denies that he or his officials inappropriately leaned on her to help SNC-Lavalin.