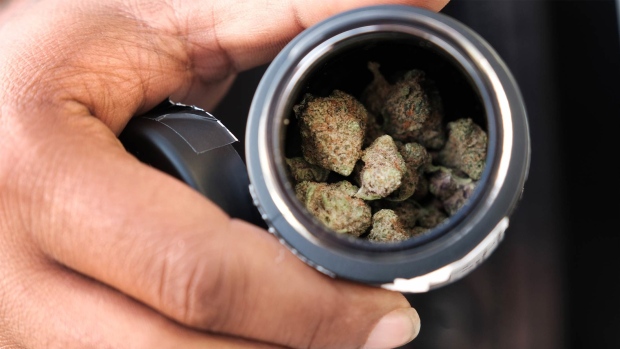 (Bloomberg) -- New Jersey fined some of the US’s largest marijuana companies for violating rules put in place when the state started sales of recreational pot in April.

Curaleaf Holdings Inc. and four other dispensaries with locations in New Jersey processed almost 3,200 recreational sales during hours that should have been reserved for medical patients, according to state cannabis commission documents obtained through an Open Public Records Act request.

On April 21 -- the day that medical dispensaries opened their doors to recreational buyers -- Curaleaf’s Bellmawr location alone processed 142 such transactions, the documents show. Another operator, Acreage, recorded a total of 257 such sales on the first day at its Egg Harbor and Williamstown shops.

The transactions were “to the detriment of the medicinal patient population,” Jeff Brown, executive director of the cannabis commission, wrote in violation notices dated May 13. The notices, which were reviewed by Bloomberg News, were sent to five dispensaries: Curaleaf, Ascend Wellness Holdings Inc., Verano Holdings Corp., Acreage Holdings Inc. and Green Thumb Industries Inc.

In an email to Bloomberg, Brown said that patient access was important to the commission and that it plans to issue monetary penalties to retailers that don’t abide with the regulations, including patient-only hours.

“Any cannabis business that does not prioritize medicinal cannabis patient access should expect similar action,” he said.

Curaleaf said it acknowledges responsibility for the citations and has paid the fines, according to spokeswoman Stephanie Cunha.

Curaleaf is “living up to our promise to provide two designated hours to the medical community at each of our locations every day,” Cunha said in a statement. “During the first few days of adult-use sales in New Jersey we were responding to the overwhelming lines and demand at our facility for adult use. Because of sales and events leading up to the first days of adult use sales, a vast number of our medical patients had stocked up on products before the 21st, resulting in virtually no lines at our facility at the time.”

Medical buyers -- with physician-authorized access to pot for pain, depression, anxiety, chemotherapy side effects and other ailments -- had feared they would be overlooked once sales began to adults for any use. The cannabis commission, prior to approving licenses, required all dispensaries to agree to special hours. Some operators testified that they also would have easy parking and set-asides of the strains on which patients rely.

Marijuana remains illegal on the federal level. The state cannabis commission, which set New Jersey regulations for horticulture, transport, testing and sales, posted the May notices of violation after Bloomberg filed a public-records request for those and other documents.