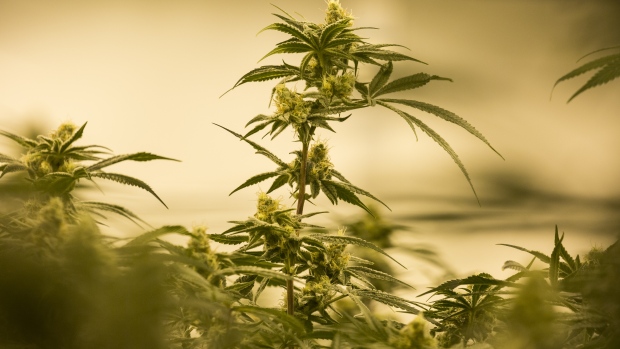 New Jersey Governor Phil Murphy appears to have rolled back expectations for how much marijuana will help ease the state’s financial pain.

Murphy’s US$38.6 billion budget, which relies on a millionaire tax to bring in an extra US$447 million, assumes that legalizing and taxing recreational marijuana would produce just US$60 million of revenue during the first six months if sales begin on Jan. 1, half way through the fiscal year. That’s a far cry from the US$300 million a year the Democrat estimated could be generated when he was running for election in 2017.

The shift illustrates the difficulty of forecasting how much states can reap by rolling back the long running prohibition on the drug, an idea that’s also under consideration in New York and Illinois. In Chicago, Mayor Rahm Emanuel has seen it as a way to help cover the city’s swelling bills to its employee pension funds.

But with the business long operating in the tax-free black market, legalization hasn’t proven a windfall for governments just yet, in part because some consumers are still buying underground. In California, the nation’s largest state, marijuana taxes are expected to generate US$355 million during the current budget year, a tiny fraction of the government’s US$139 billion budget.

“People don’t switch from the black market to the legal market that quickly,” she said.

During his 2017 campaign, Murphy proposed a 25 percent tax rate on marijuana to reach his estimate, which some analysts at the time suggested may be too high to entice consumers into the new market. A more recent estimate in December from the nonpartisan Office of Legislative Services projected $210 million in potential revenue, still far greater than the numbers in Tuesday’s budget.

The spending document doesn’t specify the tax rate or other details on which the administration based the budget estimate, and the legislature has yet to pass a bill allowing for full legalization. William Skaggs, a spokesman for Murphy’s Treasurer, said the estimate "reflects only six months of collections due to the time it will take to get the market up and running" and may be revised, depending on the tax rate set in the final legislation.

Kenneth Shea, an analyst for Bloomberg Intelligence, said the $60 million estimate still seems "a little aggressive" for the first six months after legalization.

Illinois Governor J.B. Pritzker proposed legalizing and regulating adult-use of cannabis to bring in US$170 million in the 2020 fiscal year. California, with a population that’s triple Illinois’s, collected about US$84 million of state excise taxes on marijuana last year. Colorado, where marijuana has been legal for five years, is projected to generate $270.5 million in the current year, according to an economic and revenue forecast from the Colorado Legislative Council Staff.

Even though cannabis revenue has increased since the first states began legalizing in 2014, it may not keep growing quickly, said Carol Spain, an analyst from S&P Global Ratings. Revenue from licensing fees is typically one-time in nature, and with each new state that legalizes marijuana consumers will have more purchasing options, decreasing the need to buy from a select few markets.

In a report last month, S&P said that taxes on newly legal marijuana sales are unlikely to change states’ long-term credit quality and that relying on marijuana revenue could even expose state budgets to pressure when the economy contracts.

Despite the problems with forecasting, there are few other areas where states can find brand new revenue on the scale that cannabis can offer, said Chris Lindsey, a legislative analyst at the Marijuana Policy Project. It’s also less controversial among the public than increases on income or property taxes.

“With cannabis you’ve often got a group that are generally pretty open to new taxes if it means they won’t go to jail,” he said.