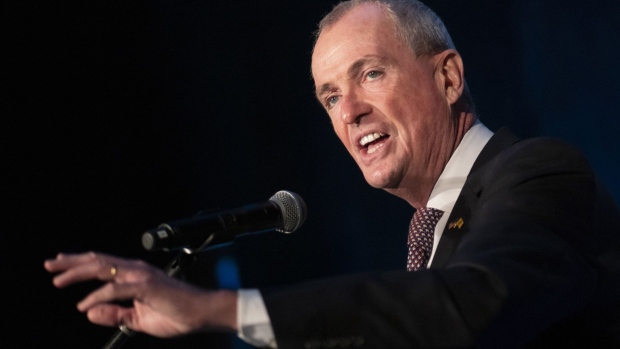 (Bloomberg) -- New Jersey Governor Phil Murphy signed a pair of bills to bolster abortion rights as about half of US states, empowered a week ago by the nation’s highest court, move to outlaw the procedure.

One law bars New Jersey public agencies from assisting out-of-state criminal investigations of abortion patients. Another prevents the extradition of people who come to New Jersey to get or perform abortions, and who would face prosecution where they live.

“New Jersey will not be a tool to violate interstate travel rights,” said Assemblyman Raj Mukherji, a Democrat who sponsored the bills.

Murphy, a 64-year-old Democrat in his second term, said New Jersey stands as a beacon for safe, legal health reproductive health care and freedom from prosecution for women whose abortion-banning home states would punish them.

“The light of liberty shines a little brighter upon New Jersey,” Murphy said at the bill signing in Jersey City.

The US Supreme Court on June 24 overturned Roe v. Wade, the 50-year-old ruling that had protected abortion rights. About half the states already have either banned the procedure or are expected to do so, according to the Guttmacher Institute, which studies reproductive policy.