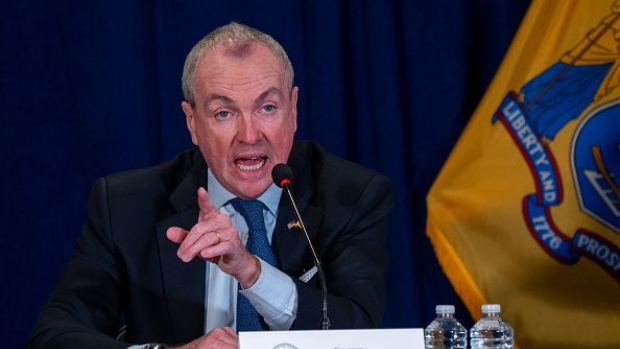 (Bloomberg Opinion) -- New Jersey is worried about its expanding budget deficit and is contemplating a tax on financial transactions to help close the gap. Although financial transactions taxes are a sort of “microtax” on the value of any stock, bond or derivative traded in the capital markets and don’t directly impact the wallets of consumers, they add up very quickly.

How fast? The New York Stock Exchange is already testing its backup trading facility in Chicago in preparation for a possible move out of New Jersey. Nasdaq Inc. will temporarily move its PSX exchange to Chicago the week of Oct. 26. Other exchange operators will probably move as well or else they won’t be able to compete. As a former Wall Street banker, you would think that Governor Phil Murphy, a Democrat, would understand the issues. But this has more to do with political ideology than common sense. The general idea of a financial transactions tax is one of the sillier ones to come out of any state government in a while.

At first glance, Murphy’s plan may look appealing. A vast majority of trading these days is done online, via high-frequency trading firms. And New Jersey is home to Wall Street’s massive server farms, where most of that high-frequency trading is conducted. Bloomberg News notes that the New York Stock Exchange, Nasdaq and Cboe Global Markets Inc. all have data centers in New Jersey that underpin the world’s biggest and most active stock markets.

So by taxing all those trades at the rate of a quarter of a cent per share for firms that execute more than 10,000 trades per year, the state could raise as much as $10 billion a year, which just happens to match New Jersey’s budget deficit. It also doesn’t hurt that public sentiment toward the financial industry is generally negative, and has been for years.

But there a few things to consider. First, those revenue estimates are probably too optimistic. A paper released in January by the Tax Foundation found that “revenue estimates vary based on assumptions made about the response of the market to the tax.” Although some European countries have a tax on financial transactions, it’s notable that a few repealed them in recent years, including Germany and Sweden. In the case of Sweden — a country that has never been shy about taxing anything — it found that it depressed financial market activity, failed to limit volatility, and actually decreased total tax revenue.

Second, technology these days makes it relatively easy to just route trades to a different state, like Illinois, for example. Trading can occur anywhere in the U.S. and the world. It may not happen overnight, and would involve a bit more than merely flipping a switch, but it could be done.

Related to that, it does not make a lot of sense to tax economic activity that is “mobile” and can relocate to another state, taking hundreds or even thousands of jobs with it. There is no rule that New York City has to be the world’s financial center. Charlotte has become a major banking center, home to Bank of America Corp. Jacksonville is home to many Wall Street back-office operations. Miami is growing in influence. Alliance Bernstein moved most of its operations to Nashville in 2018. Larry Tabb, Bloomberg Intelligence’s head of market structure research, noted that a financial transactions tax in New Jersey would force exchanges to move their operations out of the state over time.

The counterargument is that a financial transactions tax would reduce harmful and economically useless high-frequency trading. But the people who believe this don’t have a good grasp on how much liquidity high-frequency trading actually provides, helping to make markets more efficient. And an efficient market is good for the broader economy, often in nontransparent ways. I don’t intend to rehash the “Flash Boys” debates, but I can say from my experience making markets in exchange-traded funds during the mid-2000s that such trading was hugely beneficial and we will miss it when it is gone.

And if a financial transactions tax doesn’t force high-frequency trading firms to relocate, it could force them out of business. These firms operate with thin profit margins already, and they would surely notice the taxes, in the form of reduced trading volume. The result would be a large loss of liquidity, which is already down significantly from where it was in the mid-2000s, mostly due to bank capital requirements.

Financial transaction taxes are attractive to politicians because they’re microtaxes — taxes so small that you won’t notice them. If New Jersey doesn’t want this economic activity, other states will gladly take it.