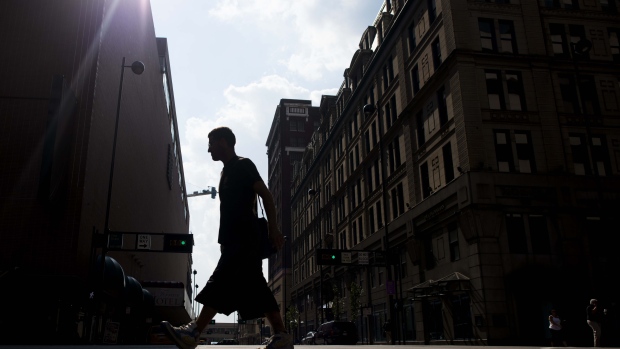 People walk through the streets of downtown Cincinnati, Ohio, U.S., on Tuesday, Aug. 19, 2014. The U.S. economy will expand 3 percent in the third quarter, according to the latest results of a Bloomberg News survey of 76 economists. Photographer: Ty Wright , Bloomberg

The legislation, signed into law on Wednesday by Mayor John Cranley, allows renters to use insurance or incremental payments in place of upfront deposits. It’s expected to save residents of the Ohio city more than $100 million over two years, according to projections from Rhino, a startup dedicated to providing insurance to renters.

“This legislation will make housing more affordable, offer protection to landlords, and put money back into the pockets of middle and working-class Americans to be able to provide for their families,” Cranley said in a statement. “Reducing the amount of upfront cash required by renters would lift a huge burden, be a direct benefit to tenants, and spur our local economy.”

If similar legislation is adopted across the U.S., $45 billion currently parked in escrow accounts can be unlocked, according to Rhino co-founder and chairman Ankur Jain.

Last year, Rhino released a policy proposal directed at U.S. legislators and 2020 presidential candidates encouraging landlords to accept insurance or allow payments in installments for deposits in a bid to offer relief from the upfront costs of renting. A similar bill has been introduced in Virginia.

“It’s especially positive to see young lawmakers who are among a new vanguard in political leadership shake up the status quo and partner with the tech sector for the betterment of their cities and states,” Jain said.

To contact the editors responsible for this story: Alan Goldstein at agoldstein5@bloomberg.net, Craig Giammona, Christine Maurus