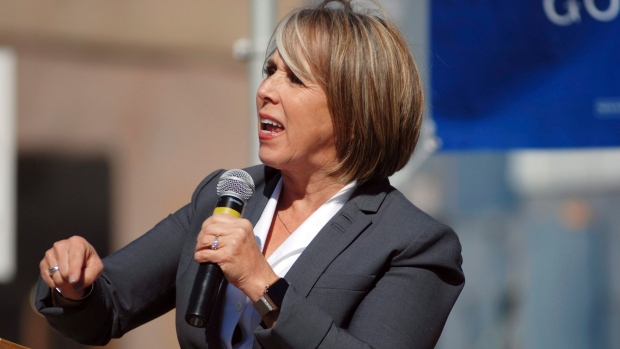 SANTA FE, N.M. -- New Mexico took a step toward legalizing recreational marijuana when its House approved a bill that would allow state-run stores and require customers to carry a receipt with their cannabis or face penalties.

The measure, narrowly approved Thursday following a late-night floor debate, mixes major provisions of a Republican-backed Senate bill that emphasizes aggressive regulation with a draft by Democrats concerned about the U.S. war on drugs.

Rep. Javier Martinez, a Democrat, described the bill as a "grand bargain" with a group of Senate Republicans who favoured use of state-run stores, in part to prevent the proliferation of pot shops on city streets in a phenomenon dubbed the "green mile." The proposed system mimics established state-run liquor stores in many areas of the U.S.

Martinez praised the bill as a way to take more marijuana profits from drug cartels and money launderers.

"You can face criminal charges if you don't have a receipt or other proof of purchase on your person to accompany your cannabis for personal use," said Martinez, describing that provision as a difficult concession to Senate Republicans.

Possession of up to one ounce of marijuana by people 21 and older would be considered legal with a receipt. Home-grown cannabis was ruled out of the proposal because it could be a source for the black market.

Private dispensaries would be allowed where there is no state-run marijuana store within 25 miles. Oversight of the industry would be shared by state agriculture, health and environmental officials.

Taxes of up to 17 per cent would be levied on recreational marijuana sales. Some tax revenues would be set aside to collect statistics on marijuana use and road safety, efforts to discourage child consumption and other research.

All House Republicans and 10 Democrats voted against the bill.

"I don't like this direction," said Rep. Rebecca Dow of Truth or Consequences. "My choice would be that we give people really active and productive lives and healthy families."

Under the bill, recreational cannabis stores would open for business in July 2020.