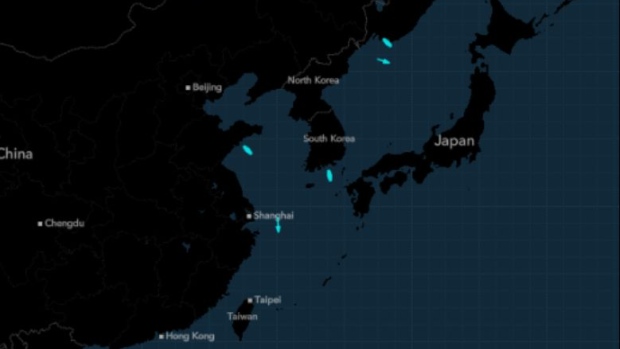 (Bloomberg) -- With the world’s largest oil traders scaling back Russian crude exports, the market is trying to figure out who is going to fill the void.

The answers include a medium-sized Geneva-based trader with close ties to Moscow, several smaller firms that are getting more active, and some completely new names including one called Bellatrix -- the name of a bad wizard from the world of Harry Potter.

The ability of Russia to find middlemen, ships and buyers for its crude is pivotal for both the global oil market and Moscow. The fewer barrels the country exports, the greater the pressure there will be on supply, but also on the nation’s revenues.

The wide spread of traders shows how -- for now -- Russia is overcoming the retreat of Trafigura Group and Glencore Plc, two of the world’s biggest commodity merchants. Vitol Group, the world’s top oil trader, has also said it won’t touch new Russian business and that its activities will decline from this quarter.

Litasco SA, a unit of Moscow-based producer Lukoil PJSC, has become the largest handler of Russia’s flagship Urals grade, according to port-agent reports compiled by Bloomberg. It hired tankers to haul at least 14 million barrels in April, and 8.6 million already this month -- far exceeding anyone else’s share.

There are no legal impediments on transporting Russian oil, although the US and UK have announced phased-in bans, and Europe is still expected do so in the coming weeks.

Geneva-based Litasco declined to comment on trading but said the company, and its subsidiaries and affiliates, are following all laws and regulations. The trader said it is taking “all necessary measures to mitigate the impact of the international situation on current operations, customers and consumers.”

The majority of the Litasco cargoes likely came from Lukoil. In the past, at least some European refiners would have hired tankers to move them. Most have exited Russian business since the war, meaning Litasco has not only to sell the barrels but also to deal with shipping them.

There are important shifts taking place in Asia too, from where Russia exports more than 350 million barrels a year of crude, most of it going to buyers in that region. That’s almost a quarter of the nation’s crude exports.

Shandong Port Group Co., a company with deep ties to oil refiners in the Chinese province of that name, hired the tanker Kriti Future for a 1,500-kilometer journey to move Russia’s Eastern Siberia Pacific Ocean, or ESPO oil, from Kozmino port to China this month, according to shipbrokers and fixtures seen by Bloomberg.

No one answered calls to the general office of Shandong Port Group and an email wasn’t responded to immediately.

The company, backed by the local government, has several ports, warehouses and its own fleet of ships. It said in a WeChat statement posted on its official account that a tanker carrying 100,000 tons of crude is expected to arrive at Dongjiakou, near Qingdao, in the middle of May.

Shandong Port Group’s involvement, and its connection with the local firms, suggests that some receivers of ESPO crude are starting to get more directly involved in bringing in more Russian barrels, most likely because the main traders for the cargoes have stepped back, according to people involved in the market.

At least two Chinese oil companies and an international trading house have stopped loading those cargoes from the Kozmino to be shipped to China earlier this month, the traders said.

“Mainstay traders -- including state-owned ones -- have announced very public drop-dead dates to stop trading Russian oil this month and that comes well after many shipping companies have moved away from the trade,” said Anoop Singh, head of tanker research at Braemar ACM Shipbroking Pte.

“If there is an all-out EU ban, then Russian oil trade will have to become more private, while some of those cheap barrels will continue flowing into limited outlets in Asia,” he added.

The most unusual name to lift Russia’s flagship Urals grade is a firm called Bellatrix. This month, it has ships transporting almost 3 million barrels of the crude, according to port-agent information compiled by Bloomberg. Two shipbrokers and three traders said they had never previously heard of Bellatrix and were unable to obtain contact information for it.

Bellatrix’s May shipments represent a quarter of all the Urals crude from the Baltic Sea port of Primorsk where the name of the name of company shipping the barrels is listed. Bellatrix Lestrange is a character in Harry Potter books and movies. It has never previously appeared in the port-agent reports compiled by Bloomberg.

Oil traders and shipbrokers across Asia said more vessels loaded with Russian crude cargoes have also been hired by smaller charterers. The anticipation of an EU ban, coupled with the exit of larger firms, is putting increasing pressure on Asian customers to stop openly taking these barrels, according to traders.

In Asia, a firm called Livna Shipping Ltd. is becoming more involved in a key trade. The Hong Kong-registered shipping company has been listed as the charterer of eight vessels to move Russia’s ESPO crude to China so far in May, data from shipping analytics firm Vortexa Ltd show. The company was a relatively small participant in April and had just two charters, and none in March.

Vessels Agistri and Kriti Verano loaded ESPO crude from Kozmino by Livna in early May and went to Qingdao and Yingkou in China, according to Bloomberg ship-tracking data. Five additional ships have been chartered by Livna to deliver the variety to Chinese buyers later this month, while Agistri has been hired twice for the trade. The journey usually takes less than a week after loading.

A person who answered the phone at Livna in Hong Kong declined to comment.

Other emerging names include Coral Energy, which lists a Dubai address and phone number on its website, which makes numerous references to Russian operations.

At least as interesting as who is transporting Russian oil is who is not. Glencore’s name doesn’t appear as the shipping company of any Urals crude since April. The company said in March it would honor pre-existing contracts but not sign any new trading deals in Russia.

So far in May, the company has lined up tankers to carry 200,000 tons of Urals. That’s down from well over 1 million tons in both March and April. Trafigura declined to comment.

Vitol remained a relatively large shipper of Urals this month, but has also committed to cutting. It had ships for more than 14 million barrels of crude in April and May, the port data show, second only to Litasco.

“Volumes of oil will diminish significantly in the second quarter as current term contractual obligations decline, and we anticipate this will be completed by end of 2022,” Vitol said in a statement in April.