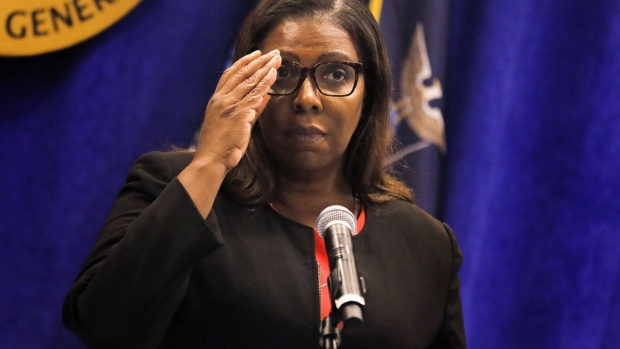 Letitia James, New York's attorney general, pauses while speaking during a news conference in New York, U.S., Thursday, Aug. 6, 2020. New York is seeking to dissolve the National Rifle Association as the state attorney general accused the gun rights group and its current and former senior officials of engaging in a massive fraud against donors. , Bloomberg

James, who has been investigating the Manhattan-based Trump Organization for possible fraud tied to asset valuations since 2019, argued in a federal court filing Wednesday in Albany that a judge has repeatedly cleared the investigation and that Trump’s company has been cooperating for more for than a year.

“At no point, despite having ample opportunity to do so in the NY Proceeding, did the Trump Organization or Mr. Trump ever challenge the underlying legal basis for the investigation,” James said. “Until now -- only after Mr. Trump was served with a subpoena.”