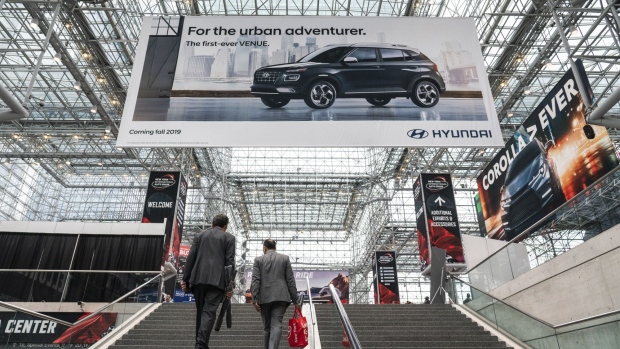 (Bloomberg) -- Organizers of the New York auto show who had postponed to August are now calling off the event for this year.

“Because of the uncertainty caused by the virus, we feel it would not be prudent to continue with the 2020 show,” Mark Schienberg, president of the Greater New York Automobile Dealers Association, said in a statement.

The annual event’s traditional venue, the Javits Convention Center in New York City, is being used as a field hospital. That has forced organizers of the auto show to abandon a summer show and instead push it to next April.

No beds are currently occupied by patients at the Javits Center, but it is on standby in case the coronavirus pandemic worsens. “We are extremely proud of the role the Javits Center has played during this difficult time, and we understand the need for it to remain ready to serve,” Schienberg said.

The moves follows cancellations of the Geneva Motor Show and the North American International Auto Show in Detroit. The New York auto show dates back to 1900 and was set to host the debut of 50 models this year. It will next be open to the public from April 2, 2021, while media days will begin on March 31.