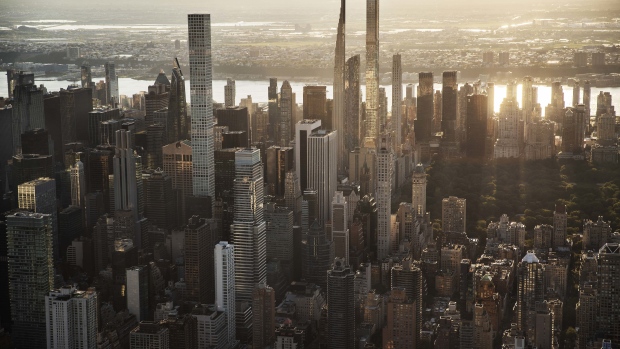 (Bloomberg) -- New York City’s retirement funds pledged to reach net-zero greenhouse gas emissions across its investment portfolios by 2040, becoming one of the first cities to do so.

The plans call for doubling investments in renewable energy, energy efficiency and other climate-related solutions to more than $8 billion by 2025, according to a statement Wednesday from New York City Comptroller Scott Stringer. By 2035, the allocation will exceed $37 billion.

New York City will first focus on Scope 1 and Scope 2 emissions, which are those produced directly by a company and those associated with the purchase of power, and eventually will include Scope 3, which are emissions produced by a company’s supply chain and customers, according to the statement.

The announcement from the largest U.S. city follows a similar pledge made last year by the state of New York State.