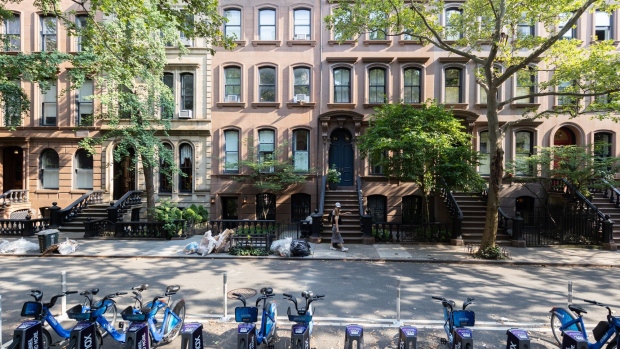 (Bloomberg) -- New York City rent growth is outpacing the rest of the nation as the city’s apartment market roars back from the depths of the pandemic.

Rents in New York rose 5.7% in July from June, the biggest gain among the country’s 100 biggest cities, according to Apartment List. That compares with a 2.5% increase across the U.S.

Costs to lease a home in New York are still down from pre-pandemic levels, but demand is improving rapidly as tenants take advantage of bargains and workers plot a return to their offices.

July marked the sixth straight monthly increase in the city’s median rents, which landed at $1,848 for a one-bedroom unit and $1,945 for a two-bedroom, Apartment List data show.

Across the country, rents have gained 11.4% from January. While some of that growth reflects a bounce-back in prices that tumbled earlier in the pandemic, nationwide rents are now higher than if they had stayed on their projected pre-Covid path, according to Apartment List.

“The current boom in rents is playing out in virtually every major market across the country,” the firm said in a report this week. “Whereas last year’s peak moving season was halted by the pandemic, this year’s seasonal spike is more than making up for lost time.”

Costs to purchase homes are also soaring: Some would-be buyers are remaining renters after getting priced out of the market for the slim supply of available properties for sale.