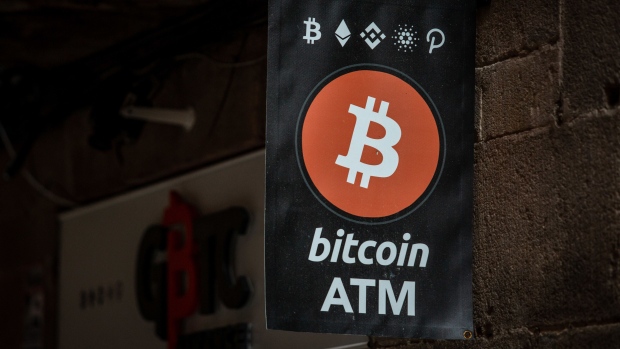 (Bloomberg) -- A New York man was indicted for allegedly running a “cash-to-Bitcoin” money-laundering scheme that he openly bragged about on social media, telling clients he could help them stay “completely off the radar.”

Thomas Spieker, 42, converted more than $2.3 million into Bitcoin and more than $380,000 of Bitcoin into dollars to launder criminal proceeds between January 2018 and August 2021, Manhattan District Attorney Alvin Bragg said Thursday in a statement.

The case filed in state court in Manhattan “shows us how new technologies like cryptocurrency can become key drivers of a wide-range of criminal activity that can easily span across the globe,” Bragg said.

Spieker repeatedly searched on Google for “bitcoin money laundering” and looked for articles about people convicted of laundering Bitcoin, including earlier Manhattan cases, prosecutors said. He also allegedly bragged to a friend that most of his customers were running credit card “hustles” and one client was a “skittish k[etamine] dealer.”

Spieker used a “rotating set of accomplices” to open corrupt accounts with banks and cryptocurrency exchanges, prosecutors claim. The alleged scheme helped at least seven clients hide the proceeds from a wide-range of criminal activity, including drug trafficking, according to Bragg.

“As alleged, this sprawling web of international money laundering helped drug traffickers, an organized crime ring, and scammers hide their criminal activity and transmit their proceeds around the globe,” the district attorney said.

Spieker’s clients were also charged with a variety of crimes, including operating an illegal drug marketplace on the dark web. They manufactured and sold MDMA, ketamine and fake Xanax in all 50 states, according to the statement. Other clients were charged with a “SIM-swapping” identity theft scheme that targeted 30 victims across the U.S., prosecutors said.