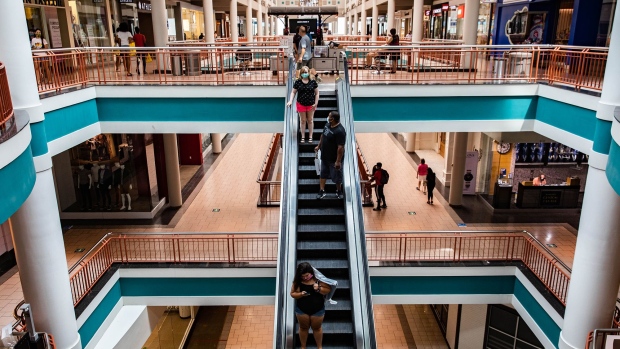 (Bloomberg) -- New York’s biggest mall has reached a deal with lenders to avoid a default after the pandemic and years of retail turmoil left it deeply underwater on its mortgages.

Destiny USA, a 2.4 million-square-foot (223,000-square-meter) shopping center in Syracuse, owed $430 million on two mortgage-backed securities that missed a June 6 repayment deadline. The mall’s owner, Pyramid Management Group, said Thursday that it got a five-year extension for its loans, with flexibility to keep investing in the property.

The agreement buys time for Pyramid to return the property to profitability so bondholders can recover their investment, Pyramid Chief Executive Officer Stephen Congel said in an interview.

“It’s like turning an aircraft carrier around at sea: it takes some time and space,” he said. “They realized time was important, and they gave it to us.”

Congel said he couldn’t discuss financial terms of the extension, including how much Pyramid committed to invest in the property or if the interest rate changed. The expired loans have a 3.81% coupon.

The mall’s value sank some 80% to just $147 million in an appraisal last year. Destiny was slammed by the usual suspects that have hurt malls broadly, as shoppers shift to e-commerce and pandemic lockdowns froze their businesses.

But Pyramid was in an especially tough spot partly because of efforts a decade ago to make Destiny an entertainment destination, with go-karts, a ropes course and other accoutrements designed to lure more people through the door. That project was funded with $280 million of municipal debt, which would get paid before commercial mortgage-backed securities in a bankruptcy. That threatened recovery prospects for mortgage-bond investors.

The new agreement doesn’t affect terms of the municipal debt, which matures in 2028 and 2036, Congel said.

“Destiny is a bad story already, and then coupled with the municipal debt angle makes it even more difficult,” Lea Overby, a real estate credit analyst focused on CMBS at Barclays Plc, said in an interview before the loan extension was reached. “It’s suffering from both the systematic and the idiosyncratic, and that’s a terrible combination.”

Destiny faces other headwinds, including a series of incidents involving guns in recent months. Its accessibility to traffic from Interstate 81 is also under threat with a massive construction project poised to start in the fall that would see the highway rerouted around downtown Syracuse and away from the mall.

Pyramid, which owns 14 malls in New York and Massachusetts with more than $2 billion in publicly traded debt, has won reprieves on other loans this month. It secured a new 10-year CMBS on its Crossgates Commons shopping center, a three-year extension on a $236 million CMBS on Walden Galleria and a modification of a $19.3 million CMBS on the Hampshire Mall, according to the company.

Pyramid, founded almost 50 years ago by the Congel family, is headquartered in Syracuse, where Destiny is located. About 5,000 people work at Destiny, including Pyramid’s staff.

In 2017, Pyramid built a 209-room hotel next to the mall to help draw out-of-town visitors. Despite the effort, its profits were in decline and the mall was struggling with vacancies even before the pandemic. Foot traffic recently has returned to above pre-pandemic levels, Congel said, a sign of consumer demand even as inflation cuts into their spending power.

Destiny’s CMBS debt was originally set to mature in 2019, but Pyramid received extensions to 2022 after being unable to refinance. It also deferred some payments when the pandemic first took hold in 2020.

Wells Fargo & Co. stepped in as the mortgages’ special servicer -- the party that works on behalf of investors of a CMBS transaction to cut a deal when a borrower runs into trouble -- in April “due to imminent payment default.”

The mall’s investors had limited motivation to wrest control of the property from Pyramid because that would potentially wipe out the value of the debt, according to market participants.

“Nobody wants to take a 100% loss today when you can maybe take a 98% loss tomorrow,” Overby said.

Pyramid continued to make Destiny’s CMBS interest payments while negotiating the new financing, an indicator it was fighting to keep the shopping center. Investors realized Destiny is more likely to succeed under an owner with a big stake in the property rather than replacing Pyramid with an outsider, Congel said.

“A lot of managers who brought in third-party managers to run these assets have realized the hard way that you really need vested owners,” he said.

The mall owner has signed a slew of new leases with retailers including Hugo Boss, Hobby Lobby and Anthropologie and said it is planning to bring in new attractions such as an indoor trampoline facility. Occupancy in the largest portion of the mall has jumped to 71% as of March 2022, up from 57% in 2021, loan documents show.

A recovery of the mall’s performance isn’t inconceivable, according to turnaround experts. Many instead point to the municipal debt as the major roadblock.

“It’s the only game in town that does what it does,” with strong shopping and entertainment and a good location, said Derek Pitts, a senior adviser at investment bank Solomon Partners. “That business isn’t going away anytime soon. People are looking for yield. People are looking for places to invest. That property is going to be super relevant for a long period of time.”

(Updates with CEO comments and other information on the property starting in third paragraph.)