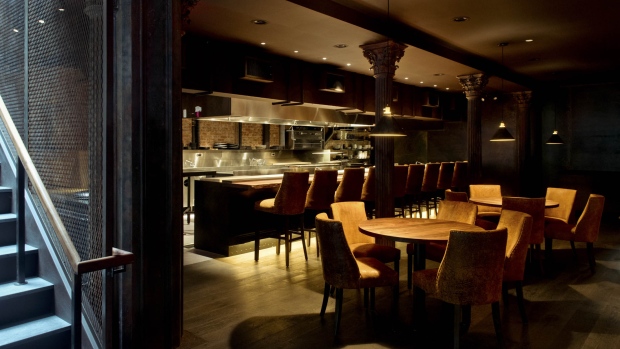 (Bloomberg) -- If you want to get a Michelin star in New York, the first, best thing you can do is put the word “sushi” in your restaurant’s name. Or at least make sure your menu pays homage to Japanese cuisine.

When the Michelin Guide announced its 2019 New York City winners on Tuesday, 17 restaurants earned new stars—and six of them were Japanese. French cuisine did OK: Three of the new entries checked the box, two of which were from Joël Robuchon, the legendary chef who passed away earlier this year. Two newcomers were Mexican, including the thrilling new Oaxacan restaurant Claro.

At the top level, the city’s dining scene is unchanged—Manhattan is still home to five three-star spots: Le Bernardin, Masa, Eleven Madison Park, Chef’s Table at Brooklyn Fare, and Per Se. If someone were determined to visit all of them in one day, it wouldn’t require much of a walk: The restaurants are clustered in Midtown, except for EMP in the Flatiron District (and for some, 24th Street is Midtown).

This year’s New York guide includes 76 starred restaurants, up from 72 last year (and slightly down from 77 in the 2017 guide). Yet one place has already closed: Tetsu Basement, which was awarded two stars, had morphed from a pricey meat-tasting restaurant to, yes, an a la carte sushi spot. The news was too late for the print guide.

Gwendal Poullennec, the new international director of the Michelin Guide, says there’s no favoritism toward sushi. “There’s a rich selection of Japanese restaurants in New York,” he says. “It’s what customers are looking for, and it’s performing well. But our criteria remains the same whatever the cuisine is.”

Poullennec used the same reasoning to defend the presence of Babbo on the list (the restaurant is co-owned by accused sexual harasser Mario Batali) and the scarcity of female chefs. “We have the same methodology that we use worldwide. We have no criteria or consideration beyond the quality of the food.” Among the 76 starred restaurants, only two have women heading the kitchen: Del Posto’s Melissa Rodriguez and Emma Bengtsson at Aquavit.

While New York’s three-star scene might have flatlined, there’s good news and bad news in the two-star category. Four restaurants were added to the list, including three new spots: Icimura at Uchū, L’Atelier de Joël Robuchon, and Tetsu Basement.

The one-star list also got more dynamic with additions such as Atomix, featuring a gorgeous Korean omakase menu. Brooklyn maintained nine places, with two of this year’s more interesting additions, Claro and Oxomoco, a Williamsburg dining room specializing in wood-fired Mexican cuisine. And Le Coucou finally made the list. “It has been on our radar since it opened, and we have monitored the steady rise in quality of the dishes that sing with finesse,” Poullennec says.

If there’s a cuisine Michelin does not favor, it’s American.

The stellar Gramercy Tavern can’t break out of the one-star category; the Grill is completely missing. Two stalwarts, Minetta Tavern and Aureole, were dumped from the list. Other grievous omissions include Cosme, Beatrice Inn, and Momofuku Ssam Bar, which is stuck in the Bib Gourmands. Also nowhere to be seen is Lilia; Italian food barely registers on the list, even though the world’s No. 1 restaurant, Osteria Francescana, is in Modena.

Poullennec defends the list’s lack of Italian spots. “We have 563 restaurants in the 2019 guide—87 are Italian, 70 are Japanese,” he says. “Italian is very well-represented.” Just not with stars.

See the full list below. An asterisk denotes a new entry; neighborhoods are designated by Michelin.