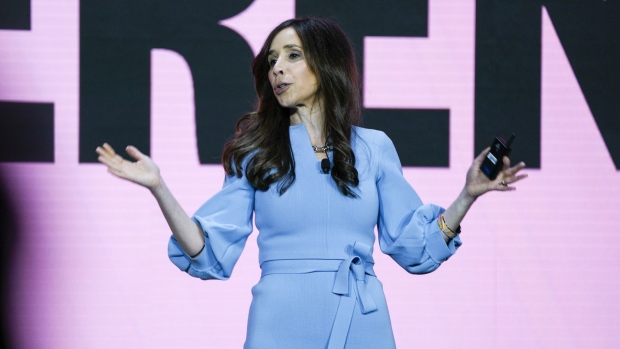 New York Times Co. named Meredith Kopit Levien as its next chief executive officer, trusting her to continue the digital success that the newspaper has enjoyed under Mark Thompson.

Kopit Levien, 49, takes over the top job Sept. 8. Thompson, who’s about to turn 63, said in a statement that he chose this moment to step down “because we have achieved everything I set out to do when I joined the Times Company eight years ago.”

Bloomberg News reported in February that Kopit Levien, now the chief operating officer, was the front-runner to succeed Thompson.

Though President Donald Trump needles the paper as “the failing New York Times,” Thompson and Kopit Levien have overseen a period of robust growth as the Times has emphasized digital products and subscription revenue, rather than relying on ad sales.

The paper added 587,000 online and mobile subscribers in the first quarter of this year alone, the most in its history. Times stock is up 42 per cent this year, far outpacing the S&P 500 and such plummeting newspaper peers as Gannett Co. and Tribune Publishing Co.

There has been recent turmoil in the Times newsroom. James Bennet, the editorial-page editor who had been seen as a potential executive editor, left in June after an op-ed column by Senator Tom Cotton on using the military against protesters drew criticism inside and outside the paper. Bari Weiss, an opinion editor, quit this month after saying colleagues had harassed her over her political views.

Kopit Levien joined the Times in 2013 as head of advertising, rising to chief revenue officer in 2015 and chief operating officer in 2017. She previously worked for Forbes. Kopit Levien will be the second female CEO at the Times; Janet Robinson held the job for seven years before she was pushed out in 2011 after a difficult period for the paper’s performance.

Thompson joined the Times in 2012 after serving as director general of the British Broadcasting Co.