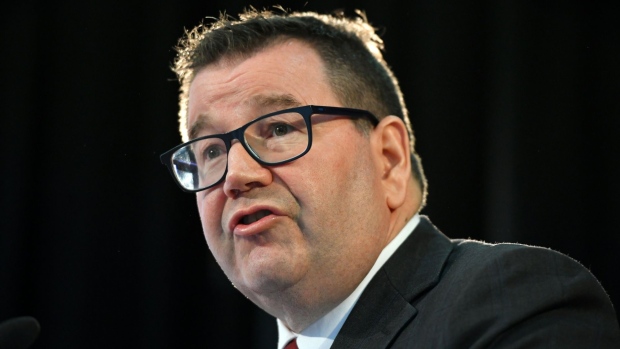 New Zealand Finance Minister Grant Robertson said there is always a risk of a hard landing for the economy but pushed back against concerns about a 2023 recession.

Treasury forecasts prepared for the May 19 budget show “that the New Zealand economy is well positioned” and that the budget will “return to surplus in 2024-25,” he told reporters Thursday in Wellington. “So I think that indicates we are still in a strong position.” He declined to be specific about the Treasury’s growth forecasts.

House prices are falling and consumer confidence has slumped as the Reserve Bank raises interest rates aggressively to combat surging inflation. Bank of New Zealand economists yesterday said the chances of the economy moving into recession next year “are rising by the day.”

Robertson said New Zealand is entering a challenging period with record-low unemployment and low government debt, and the government remains confident in the economic outlook.

“The underpinnings of the economy are strong,” he said. “Our responsibility is to make sure New Zealand is well positioned for whatever happens, and I believe we are well positioned.”

Earlier, Robertson told a business audience that rising interest rates add to the challenge of ensuring a soft landing for the economy.

The government’s projection of a return to budget surplus in 2024-25 is a year later than it forecast in December.

“That gives an indication of just how quickly things are moving in the global economy,” Robertson said. “Clearly there have been major, major changes. We’ve had the invasion of Ukraine, that’s had a massive effect on the global economy and New Zealand is not immune.”