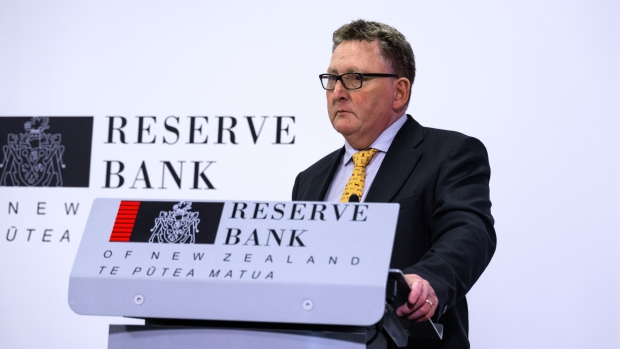 New Zealand’s central bank may cut interest rates to a fresh record low as it seeks to boost economic growth and revive inflation, although its final review of the year is proving hard to predict.

Fifteen of 21 economists in a Bloomberg survey expect the Reserve Bank to cut the official cash rate by 25 basis points to 0.75 per cent on Wednesday, with six seeing no change. Investors were pricing a 60-per-cent chance of a cut late Monday, according to swaps data.

The RBNZ must weigh recent signs of stabilization in both the domestic and global economies against its concern that growth is too weak to get inflation back to the middle of its one-to-three-per-cent target. Having shown a willingness to act sooner rather than later, the monetary policy committee is, on balance, considered more likely to pull the trigger than hold fire. 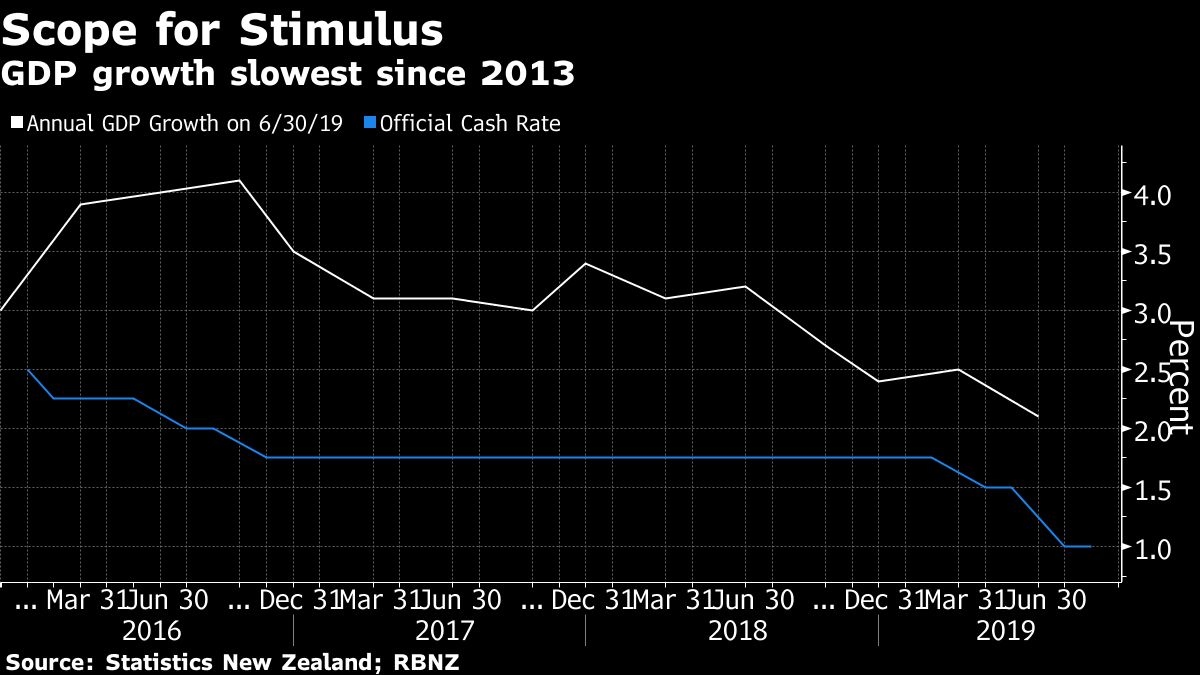 “So far, the strategy seems to be ‘we haven’t got many bullets, let’s use them proactively’,” said Sharon Zollner, chief economist at ANZ Bank New Zealand in Auckland. “We’re assuming that strategy will continue. The Reserve Bank needs the economy to pick up in order to confidently and credibly predict inflation at the mid-point of the target over the medium term.”

The RBNZ has delivered 75 basis points of easing this year, including a surprise 50-point cut in August. At its last rate review in September, it said there was scope for further stimulus “if necessary.” Since then, economic data have been mixed.

Inflation slowed less than expected to 1.5 per cent in the third quarter as domestic prices rose at the fastest pace since 2011. Business confidence last month climbed from an 11-year low, and there are signs of life in the housing market. The New Zealand dollar has also weakened considerably this year, boosting import prices and reducing downward pressure on inflation.

Westpac New Zealand economists cited these developments as well as improving global sentiment when they switched their RBNZ rate forecast for November from a cut to a hold.

On the other hand, a report last week showed the jobless rate rose to 4.2 per cent in the third quarter while annual employment growth was the slowest since 2013. Under its dual mandate, the RBNZ must support maximum sustainable employment as well as maintain price stability.

“The labor market is likely to cool further,” said Jarrod Kerr, chief economist at Kiwibank in Auckland. “Firms’ hiring intentions are tracking well below averages, and economic growth is likely to slow further.”

The economy expanded 2.1 per cent in the year through June, down from 3.2 per cent a year earlier. The RBNZ in August predicted a pick up to three per cent by mid-2020, which now looks optimistic. It needs growth to exceed 2.7 per cent for the economy to generate faster inflation, Deputy Governor Geoff Bascand said in August.

One crucial piece of the puzzle is the RBNZ’s quarterly survey of inflation expectations, which it is due to publish at 3 p.m. today. Its two-year ahead measure fell to 1.86 per cent from 2.01 per cent at the last reading, immediately before the August rate cut.

Dominick Stephens, chief New Zealand economist at Westpac in Auckland, said ongoing weakness in this piece of data could prompt him to change his prediction that the RBNZ will keep rates on hold in what he describes as a “nail biter” decision.

“We are expecting expectations to rebound a bit,” he said. “If that is correct, then an on-hold OCR decision will look more likely. If, however, expectations remain low or fall further, then we would seriously consider switching our call to a cut.”