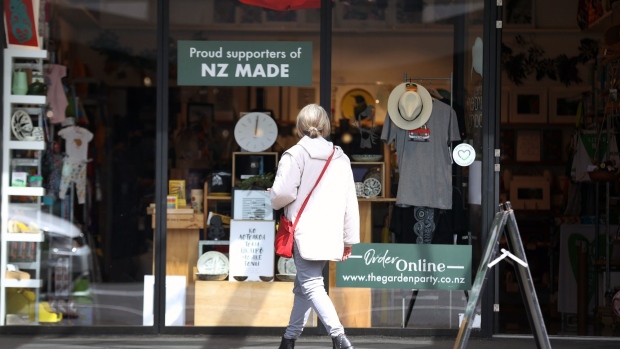 (Bloomberg) -- New Zealand is set to become the only nation in the OECD that doesn’t publish a monthly inflation report and it has no plans to do so, even though the central bank wants more timely data as it battles the fastest price increases in a generation.

Australia’s statistics bureau last month announced it will start publishing a monthly Consumer Price Index from October but Statistics New Zealand has no current plans to follow suit, a spokesperson said. That leaves New Zealand as the last remaining member of the 38-nation OECD still relying on quarterly data, meaning a three-month gap between its inflation reports.

“At the moment inflation is much more important than it has been for a very long time,” said Sharon Zollner, chief New Zealand economist at ANZ Bank in Auckland. “If there was ever a time for a monthly CPI, it would be now.”

More timely data would help the Reserve Bank to assess price pressures when it decides what to do with interest rates every six weeks. The bank’s next monetary policy review is on Oct. 5, but third-quarter inflation data won’t be published until Oct. 18.

In 2013, Statistics New Zealand appointed an independent advisory committee to consider ways to improve the CPI. One of its recommendations was to introduce a monthly report, which it said should be accorded “a high priority,” but nothing came of it.

In its submission to the committee, the RBNZ said a monthly CPI “would allow us to incorporate more timely information into the monetary policy process” and “enhance research into areas where international comparability is important, like the real exchange rate.”

“Our position has not changed,” an RBNZ spokesperson said. The bank will have more to say about the desirability of a monthly CPI in a consultation paper later this year for the review of its monetary policy remit, he said.

The Statistics New Zealand spokesperson said funding is part of the reason why it doesn’t produce a monthly report.

“Undertaking a monthly CPI would take a lot of additional resource that we don’t currently have,” she said.

“Whilst there are no plans to do a monthly CPI at present, I am open to further discussions on the matter,” he said.